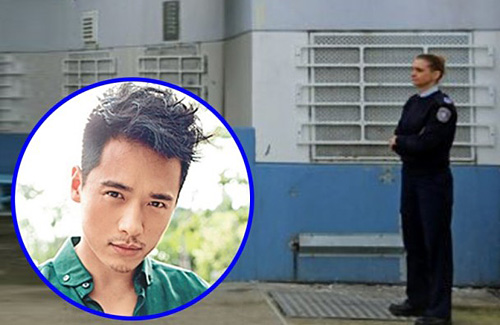 Mainland Chinese actor Gavin Gao (高雲翔), known for his roles in The Legend of Mi Yue <羋月傳> and Legend of Ba Qing <巴清傳>, was arrested in Sydney last week for sexually assaulting a woman inside a hotel room. The first pretrial hearing was held on April 5. Gavin’s wife, Michelle Dong (董璇), was at the court and appeared tired and haggard.

Since the news broke, it was immediately speculated that the victim was someone Gavin was working with seeing as he flew to Australia to especially film Fall in Love in Aranya <阿那亞戀情>. It was reported that the victim is a 36-year-old Chinese-Australian mother and was a liaison between the Chinese and Australian filming crews.

While the victim actively posted the progress of filming on her social media accounts, she abruptly stopped all social media activities on the third of filming. Although it was never explicitly said that the photos were from the filming of Fall in Love in Aranya, the media dug through some older photos and contacted the production company that worked on the drama. A manager from the production company then confirmed the picture was one of the sets from Fall in Love in Aranya.

The next court date in Gavin’s case will be April 10. It is understood that the prosecution and defendants will exchange evidence before the formal trial will be held. Regarding Gavin’s failure to apply for bail, it is speculated that bail has only one chance, so it should be carefully considered. Since Gavin has no criminal record and he is a celebrity, there is a high chance that he will be successful in applying for bail.

Gavin is currently detained in the Silverwater Correctional Complex, the largest prison in Australia. The prison is located approximately 13 miles outside of Sydney. This prison is mainly used to hold prisoners with the lowest security risk, such as criminals involved in fights and sexual harassment. The prison mainly houses imprisoned immigrants or foreigners. The prisoner is normally detained in a quadrant, with the exception of food and exercise.  In recent years, prisoners’ treatment at Silverwater has been deteriorating.

13 comments to Inside Gavin Gao’s Correctional Center in Australia