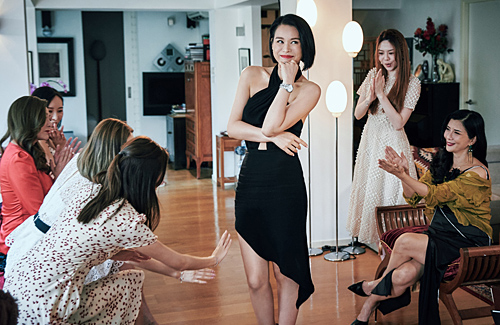 ViuTV drama Iron Ladies <熟女強人> premiered on September 28 to lukewarm reception despite the series’ bold ambitions. Iron Ladies was hyped for its groundbreaking themes rarely seen in Hong Kong television, such as egg freezing, homosexuality, sex addiction, and spouse swapping. The script overreaches in its ambitious attempt to cover a multitude of topics and leaves it with an oversimplified plot.

The first episode introduces a range of characters and their own personal conflicts such as Carrie Ng‘s (吳家麗) relationship with a younger man (played by Wesley Wong 黃愷傑) and a college professor (played by Melvin Wong 黃錦燊). Although viewers are curious about Carrie’s character development and her complicated relationships, her flirting scenes lack creativity and the dialogue is unbearably outdated. 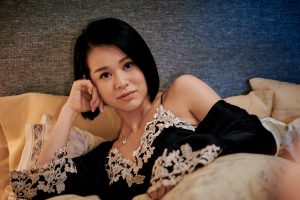 Fans of Myolie Wu (胡杏兒) are also left disappointed despite her bold character as a sex therapist. In the first episode, Myolie sprawls in bed in a lacy nightgown while dropping innuendos for her husband (played by Tommy Chu 朱康稱). While she is clearly breaking away from her TVB image, viewers are not convinced that Myolie will find a breakthrough in her role given the drama’s dull script.

Despite its lackluster premiere, fans may still want to tune in to support Myolie and Carrie and hope that Iron Ladies will improve in its latter episodes.

12 comments to “Iron Ladies” Criticized for Boring and Outdated Dialogue