Is Joey Yung Back Together with Wilfred Lau? 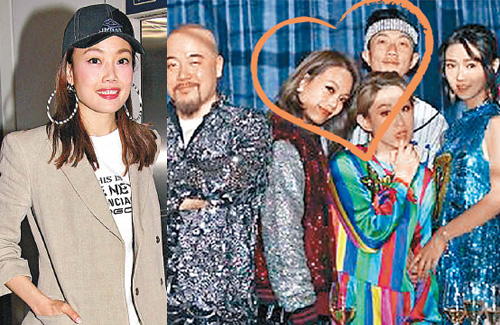 Having just attended good friend Gillian Chung‘s (鍾欣潼) wedding with Michael Lai (賴弘國), many reporters were eager to confirm with Joey to see if her reconciliation rumors with Wilfred were true. When asked if there was nothing wrong with her and Wilfred now, Joey exclaimed, “What do you mean nothing’s wrong? But really, let’s not talk about me – this has already passed!” Asked if she was single, Joey said, “I’m okay, as long as I’m happy!”

Just days before the wedding, Joey announced that she was unable to make it to Gillian’s wedding due to problems with her travel visa. Fortunately, she ended up resolving the issue and being able to join in on the big day. Laughing, Joey revealed that Gillian was about to let one of the groomsmen walk down the aisle alone and leave her bridesmaid spot empty.

Staying in the United States for their honeymoon, Gillian shared a photo of Michael and herself to wish her husband a Happy 33rd Birthday. Gillian said that she has been embarrassingly tagging the wrong person as Michael on Weibo all along. Gillian laughed and said even Michael was unsure what his own Weibo user name was. Having read Gillian’s post, fans teased the two’s clumisness and said they were definitely a match made in heaven.