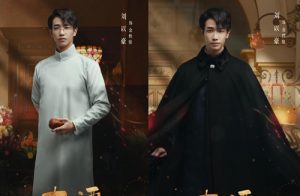 Adapted from a novel of the same name by Ni Luo (尼罗), Twelve Legends is a historical, fantasy, romance drama set during the Chinese Republican Era. It tells the story of Jin Xing Jian, a rock spirit who fell in love with Ye Ming, a luminous night pearl that had successfully cultivated into a woman. Their romantic relationship transcends across time and space, spanning thousands of years from the ancient to the republican times. During this time, Xing Jiang comes across all kinds of strange and bizarre demons and gets himself involved in their touching and fascinating personal stories. However, he soon realizes that being a hero does not necessarily guarantee that he’ll get back his soulmate Ye Ming. Yet, he is determined to do so and will do anything he can, even if it means sacrificing himself. 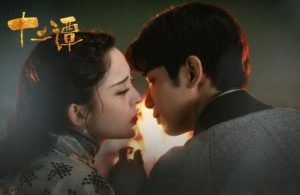 It would not be a surprise if viewers fall for Jasper through his portrayal of Xing Jian in this drama, as he can easily charm the hearts of many with his kind and sunny looks. Moreover, Jasper’s character is a loyal and tough-hearted man who is passionate about his one true love. Despite his free-spirited personality, countless experiences of life and death have made him strong and resilient. While this may be reflected in his seemingly cold exterior, he maintains a warm fire inside of him for Ye Ming. 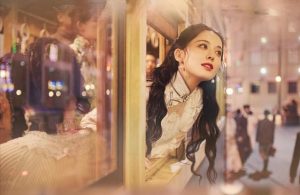 Nazha will be playing Ye Ming, a beautiful and independent but slightly playful demon spirit. She deeply cherishes life and freedom after Xing Jian imprisoned her for 10 years and caused her friend to die. However, she did not know the freedom that she desperately pursued only led her to a sinister trap. Often seen playing pretty and glamorous characters, Nazha had been criticized for her being all looks and no skills. Despite being framed this way, it is undeniable that people will still keep on watching her because of her exotic beauty.