International action star, Jet Li (李連杰), who has reduced his output of works in the past couple of years, recently appeared on A Date with Luyu <魯豫有約> for an interview with host Chen Luyu (陳魯豫). While on the Chinese talk show, he addressed topics fans have long been curious about, such as his current health and film career.

Although the 55-year-old martial arts legend made his Hollywood debut in the 1998 film, Lethal Weapon 4, and landed his first leading role in Romeo Must Die two years later, his works following failed to leave a deep impression on the international audience. However, his life might have been different if he accepted an iconic Hollywood opportunity.

“Will My Life Be Rewritten?”

Jet shared he was invited to partake in the award-winning The Matrix series: The Matrix Reloaded and The Matrix Revolutions. However, he turned down the offer due to “commercial struggles.” He originally filmed for three months while also participating behind-the-scenes for nine months. “For six months, they took all my actions and turned them into computer data,” Jet said. “Everything was copied down, and the copyright was owned by them. The martial arts that I practiced for a lifetime became copyrighted by the Americans.”

Feeling used, he asked himself if his life would be rewritten if he took on the film. In the end, he chose not to accept the job. “I will not do it,” Jet expressed. “You cannot take my intellectual property.”

Although the icon did not mention which role he was asked to play, it is believed that he was offered the part of Seraph in the films. Ultimately, the role was given to Taiwanese actor, Collin Chou (鄒兆龍).

Retire or Be Wheelchair-Bound 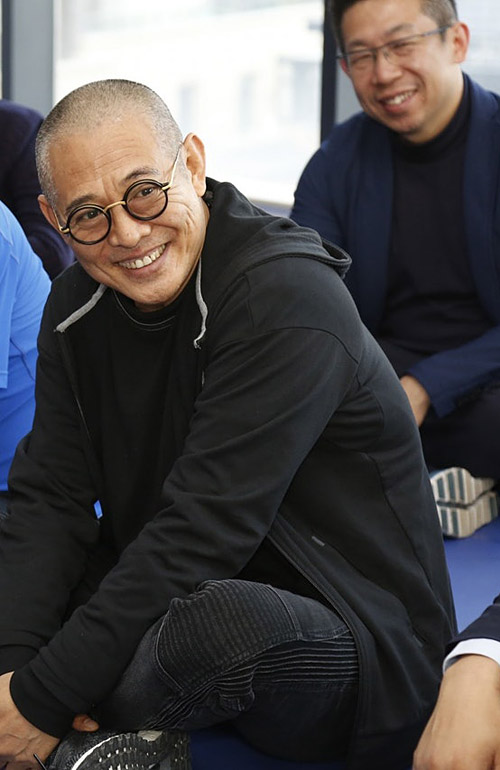 His film career seemed to have halted in recent years with his lack of appearance on the big screen. In May, Jet made headlines when a photo of his aged appearance took the Internet by the storm. Fans were worried about his health and thought he had a critical illness. However, he put the claims to rest and assured his lessened screen time had nothing to do with poor health, but instead his charity work. “Every time I heard the news of me dying, I felt confused and later on even thought it was funny,” the megastar said.

However, Jet, who has been battling hyperthyroidism for years, admitted the doctor gave him two ultimatums when he was sick in 2000. The first choice was to retire and let his body rest, and the second option was to keep working and eventually be in a wheelchair for the rest of his life. At the moment, he is able to control his illness. In fact, he is working on a big project that a lot of people, including non-martial arts fans, are looking forward to.

“Can You Act in This Movie for Me?”

Earlier in April, Jet was confirmed to star in Disney’s live-action movie Mulan. However, he confessed he had no intentions to partake in it originally because the script and the pay didn’t appeal to him. The father of four revealed it was his youngest daughter, Jada Li, who changed his mind because of one thing she said.

“My 15-year-old daughter asked me, ‘Are you short on money? If you aren’t in dire need of money, and if there is a company like Disney who wants to film a story regarding Chinese culture, why don’t you participate in it?” Jet shared.

Her questions made him speechless. Then in the first time in 15 years, Jada asked him (straightforwardly), “Can you act in this movie for me?”

Eventually, Jet succumbed to the idea when his other daughter told him, “Do it for the both of us.”