Many celebrities didn’t enter the entertainment industry straight out of school. It may be hard to imagine them in different jobs now, but these 10 Hong Kong celebrities experienced very different careers before becoming artistes. 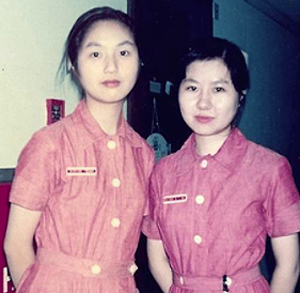 Popular Cantopop singer and actress, Miriam Yeung (楊千嬅) was a registered nurse at the Princess Margaret Hospital in Hong Kong before she and her friends joined TVB’s 14th annual New Talent Singing Awards competition in 1995 for fun. She won the bronze award and received her nursing license at the same time, and had struggled to choose which career to pursue. In the end, as the record label offered to send her to study in San Francisco, Miriam decided to give up nursing.

Often referred to as a “grass roots” goddess and diva, the 41-year-old Cantopop singer Kay Tse (謝安琪) surprised viewers with her fluent English skills in an interview at a Hollywood red carpet event. Majoring in American studies, she became an English teacher after she graduated. Later giving up her stable job, Kay signed to an independent label owned by a music producer who greatly enjoyed her performance at her university singing competition.

From a young age, Aimee Chan (陳茵媺) was already very interested in acting and modelling industry but that was not her first career choice. Studying graphic design at the Ontario College of Art and Design, the 37-year-old Canadian born Hong Kong based actress worked as a graphic designer at a few design agencies and magazine publishing companies before participating in Miss Hong Kong 2004.

Renowned for her beauty, retired 54-year-old famous Hong actress Maggie Cheung (張曼玉) worked as a salesperson at a department store before she entered the industry by winning first runner-up at the Miss Hong Kong pageant in 1983. 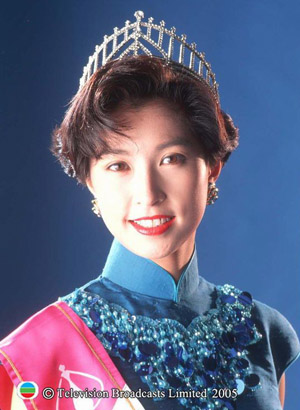 Possessing both beauty and brains, Amy Kwok (郭藹明) had reportedly worked as a NASA engineer in the United States before joining and winning Miss Hong Kong in 1991. However, she had previously denied such reports and stated that she interned at a private aeronautical engineering company.

Referred to as the Queen of Mandopop, 46-year-old Taiwanese singer-songwriter A-Mei (張惠妹) worked as a dishwasher at her cousin’s restaurant. After gaining her father’s support, she decided to pursue her singing dream.

A well-known down-to-earth celebrity, 63-year-old Chow Yun Fat  (周潤發) had worked various jobs such as an office boy, postman, hotel porter and salesman to support his family. He continued to work odd jobs until he was accepted into TVB’s acting class in 1973.

The 8th time Best Film Actor, Sean Lau (劉青雲) was a mailman at the post office before he joined TVB’s acting class in 1983. The rest is history, as the talented actor went on to become an acting force in the television and film industries. 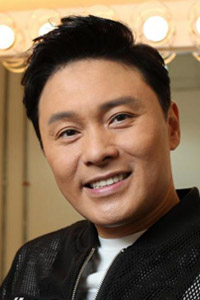 A TVB veteran, Raymond Cho (曹永廉) revealed that he had sold bras and childrenswear to pay off his credit card debt. Perhaps, because of these experiences, he seems to get along especially well with women and attract the attention and admiration of many housewife fans.

Other than these 10 celebrities who had an array of different careers, there are also a few rising stars who started off with surprising past professional sports careers. Dickson Yu (余德丞) was a past competitive swimmer, Stephanie Ho (何雁詩) was a past professional golfer and Stephanie Au (歐鎧淳) is a three-time Olympian. Although, reports claimed Stephanie Au is retiring from swimming to venture into acting, she had denied it and seems to have plans in pursuing both at the same time.