Taiwanese actress Joe Chen (陳喬恩) has countless of popular idol dramas under her belt, such as Fated to Love You <命中注定我愛你>, hence, her title of “Idol Drama Queen” is well deserved. However, in recent years, netizens have turned their attention to the changes in her appearance instead of her acting works now that the actress is already 40 years old. They questioned whether she enhanced her face more than once, and the topic came up again when fans shared several unedited images of Joe at a public event recently.

In the pictures, Joe’s true appearance was exposed. Her flaws were all in full view – there were deep indents in her cheeks and the area around it, and her face looked stiff when she smiled. Although the star’s slim figure is deeply rooted in the hearts of the people, one of the phones showed her waist fat bulging out, which is slightly different from the photos posted through her work studio.

The pictures began circulating, but a lot of netizens supported her and still thought she was very pretty and maintained herself very well. They wrote comments like “If I was 40 years old and I still looked like that, I would wake up from laughing in my dreams,” “Getting old is inescapable,” and “Once you get old, your face will sag.” 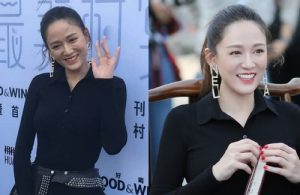 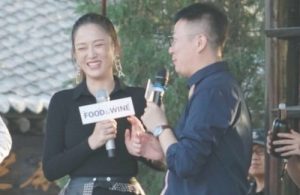