Joe Ma On His 25-Year Romance With Wife 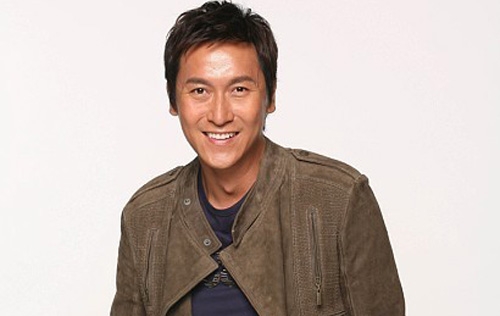 Joe Ma (馬德鐘) met his wife, Dr. Karen Cheung (張筱蘭) 25 years ago in school and have been married for 19 years. He regarded Karen as his confidante. The couple is at ease to display their affection for each other, and was photographed many times kissing at public events. Braving through storms and sharing happiness together, Joe and Karen’s two decade relationship is an envy for others.

Joe Ma’s wife, Dr. Karen Cheung  is both a beauty and intellectual. Being a former model, Karen holds a Bachelor of Social Sciences, Masters in Chinese Studies, and a Ph.D. degree. Karen can converse in five languages. She had worked as a Research Assistant Professor at Hong Kong University in the past. Being the pillar in Joe’s life, Karen also provides a listening ear to him. As Joe spends more time developing his career in mainland China, the couple has less time together. Joe revealed that it was important to have good communication between couple.

“Sometimes, when we are apart, we do not even talk on the phone everyday. However, if I have any problems, I will share them with my wife first. She understands me too well. Even if I do not speak, she already knows what I am thinking,” said Joe.

Joe’s Relationship With Wife is Stronger

Last year, Joe Ma and Benny Chan (陳浩民) were rumored to have molested Rose Chan (陳嘉桓) in Hengdian. Despite the scandal, Joe’s wife stood firmly by his side and supported him along the way. When asked if his wife had displaced her trust for him, Joe said, “No, my wife trusted me 100 percent. She has capable judgment. She has trust in herself and me.”

Joe also revealed that their relationship is even stronger after the scandalous incident. Joe said, “It’s true. Our relationship is getting better and better. She recently changed the nature of her job, being a professor is too tedious. I advised her not to be a professor and instead changed to become an honorary consultant. She has more time for me and she can accompany me to China for filming.”

The sexual harassment scandal in Hengdian caused a plunge in Joe’s career. Although Joe was cleared of his involvement in the incident, his public image was affected. The scandalous news disrupted Joe’s life and he learnt a valuable lesson from the incident. “Every experience in the life is a test. If I were to encounter a similar incident, I will know how to handle it,” said Joe.

Joe expressed that it was important to learn how to evade, and there should be a distance maintained between a man and a woman. He said, “It’s not just for female artists, even a male artist needs to learn how to protect himself. We can’t let our guard down when interacting with people, because the entertainment circle is full of traps!”

Joe shared that he was more cautious now as his negligence could implicate his family. He said, “Whether I am at fault or it’s fabricated by other people, I still have to face it. I do not want to bring trouble to the people close to me. I will remind myself constantly to be cautious in whatever I do.”

Joe Has No Luck in Awards

Playing many characters in 2006 TVB drama, Maidens’ Vow <鳳凰四重奏>, Joe had a very good chance of clinching the Best Actor Award at theTVB Anniversary Awards that year. However, he eventually lose the award to Kevin Cheng (鄭嘉穎). Joe then signed management contract with TVB in 2008. When everyone thought that his chances of winning the award would be higher as a TVB managed artist, he was not even make it as the top five in the Best Actor category in 2008 TVB Anniversary Awards.

Joe lamented that he had no luck and said, “I do not have any luck! I was asking myself how was this game being played? Why was it that my career development was not as smooth as others? When I was not a TVB ‘biological son,’ I was in the top five every year. It’s so strange!”

When asked if he had left TVB because he had waited in vain for awards, Joe denied the claims. However, he expressed his regret, “Winning an award is to account to the people who like me; they really supported me for so many years!”

Before filming started for Tiger Cubs <飛虎>, Joe was diagnosed with Myocarditis, which is an inflammation of the heart muscle. He thought that he would have to resign from his role in Tiger Cubs. Joe said, “Before filming started, I was down with Myocarditis, which occurred due to the inflammation of my tonsils. The doctor advised me to rest for 1 to 2 months. If there were any physical exertion, my life will be in danger! I thought of quitting from the drama, but the producer said he could not find anyone to replace me.”

A former G4 member with the Hong Kong Police Force, Joe Ma had received special training in the VIP protection unit. Also standing at 6 feet 2 inches and having a masculine body, Joe fit the role of the SDU team leader role in Tiger Cubs perfectly. Joe also hoped that this role will leave a lasting impression on viewers. “I am in this line for over 10 years. The pilot role, Vincent in Triumph in the Skies   <衝上雲霄> may be my best representative drama. Actually, I hope to be like Lawrence Ng (吳啟華). Whenever we see him, we are reminded of his ‘Ching Chi Mei’ doctor role in Healing Hands <妙手仁心>.