Joe Ma Discusses Reasons Behind “Life on the Line’s” Success 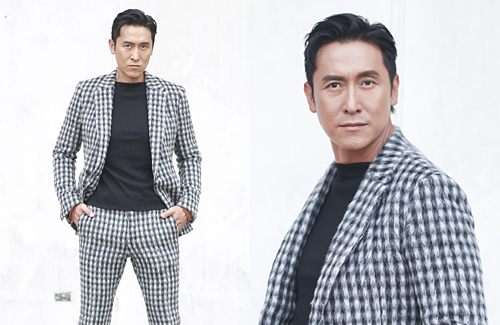 Life on the Line <跳躍生命線> concluded its broadcast on November 9. Receiving high praise, Life on the Line  was one of the highest rated dramas of the year. It also brought back Joe Ma (馬德鐘) and reignited his popularity.

Prior to Life on the Line, the last TVB drama Joe filmed was Smooth Talker <以和為貴> three years ago. Reporters were curious what his thoughts were towards the company’s progression. He said, “There’s a lot of new actors! I mean nothing has really changed because I’ve only been gone for three years. Keep in mind, I’ve been with TVB for over 30 years, so I’m familiar with the company, but the entertainment market is definitely different from before. TVB may be the top in Hong Kong, but there is competition with Mainland China. Of course, viewers have higher expectations with our advanced society so we need to follow the trend.”

In 2015 when Joe’s contract ended, he went to China to film The Legend of Xi Shi <西施秘史>. He was given many opportunities including lead roles to build his reputation. He shared, “China moves quickly, and it’s not always about the ratings, but about expanding internationally. They have a lot of resources for these filming projects and they invested to get the success they have now.” He understands that China’s entertainment industry is very strong in their resources and training, but he believes that money can’t buy everything, and it all comes down to reception.

With Life on the Line, it really represents Hong Kong and its roots in terms of its realism, which fits the audience that they are striving for. Joe trusts the quality of this drama and the staff working behind it because the results show their hard work. In terms of the message of the drama, he said, “A lot is happening and we want to show the realism and sadness behind a paramedic’s job. Ali Lee‘s (李佳芯) character as my wife plays a huge impact and it’s evident in the drama. It is important for his character development throughout the entire drama. With Kelly Cheung (張曦雯), I have a small romantic line, but the producers didn’t think it needed to be like a typical romantic drama.”

The drama could potentially beat the highest rated drama so far, Deep in the Realm of Conscience <宮心計2深宮計> and may win this year’s TVB Best Drama award.