Joey Meng: “I Am Not an Ambitious Person” 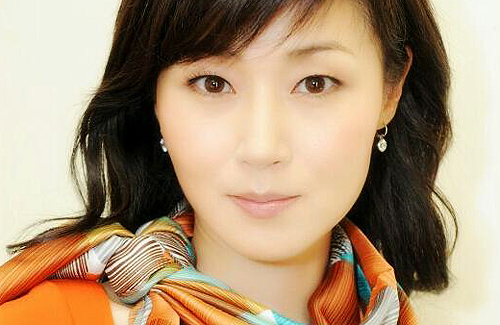 Although Joey Meng (萬綺雯) may not have a management contract with TVB, she has been given many opportunities, filming one drama after another. Even then, she claimed that her aim is not to win awards, but to try new things.

After joining ATV in 1989, Joey shot to fame a decade later playing the sexy ghostbuster, Ma Siu Ling in the popular vampire series, My Date With a Vampire <我和僵屍有個約會>. The television drama was so popular that two sequels were made after. Starring in all three installments, Joey became an icon.

However, at the prime of her career, Joey announced her marriage to Chan Sap Sam (陳十三), and promptly quit show business. Chan Sap Sam was the screenwriter for the My Date With a Vampire trilogy. Although the couple already met in the first series, they only started dating while filming the second sequel. After dating for a short while, the couple flew to the United States and got married. Joey said, “After marriage, my status is different. I need to spend more time to look after my husband. Everyone thought that I had given up my career for him. But for me, he has also set his office in Hong Kong.”

Married for more than 13 years, marriage life suits Joey very well. Her favorite past-time at home is just to enjoy her husband’s company, even when they are not doing anything. Joey admitted that her decade-long marriage is not always smooth-sailing but the couple has managed to stay together because they have learnt how to get along well together.

Filming for TVB last year, Joey was cast as female lead in Inbound Troubles <老表，你好嘢>. Covering the tensions between Hong Kongers and mainlanders, the comedy has earned good ratings. A few months later, Joey is back on television in the currently airing, A Change of Heart <好心作怪>. Unlike Inbound Troubles where she played a kind-hearted social worker, she portrays a scheming wife in A Change of Heart. She also has a passionate kiss and bed scene with her illicit lover, played by Benjamin Yuen (袁偉豪).

Because of an overlap in schedule between Inbound Troubles and A Change of Heart, Joey had initially rejected the role. Producer Nelson Cheung (張乾文) managed to persuade her to change her mind. She said, “After hearing the storyline, I love it! I like how my character is both good and evil at the same time. It’s so different from the roles I played previously. Furthermore, the male lead attracted me too! Since secondary school, I have been a big fan of Michael Miu (苗僑偉) and now I can play his wife! I was elated!”

In the beginning of the series, Joey’s character was a heartbroken wife watching her husband struggle between life and death. The ruthless couple were initially very loving. However, Michael had a heart transplant after his near-death experience and because of that, he changed into a good man. This made his wife suspicious and jealous and their relationship deteriorated.

As Joey still loved Michael very much, she mercilessly tried all means to get her husband to change back to his old self. Joey said of her character, “Actually I love my husband so much that everything I did was because of him. However, every step I took led me to make more mistakes.”

The role tested Joey’s emotional limits. To detach herself from the demands of the role, Joey revealed she will let go of her feelings by crying out loud while driving home every day.

In the upcoming period comedy drama, Gilded Chopsticks <食為奴>, Joey will be able to try a new challenge yet again, playing the role of Lu Siniang. With many onscreen opportunities, Joey is a hot candidate for an award at this year’s TVB Anniversary Awards. However, work, as well as winning awards is not a top priority for her.

Joey said, “I got married at the highest point of my career, so I am not an ambitious person. It’s a matter of timing. Joining TVB is an opportunity. Now that I’m grown up, I just want to try more things and take on new challenges. I don’t aspire to win awards as I believe in fate. TVB approached me just when I have rested a year after I finished my stint in China in the theater play, Spoilt Drama Queen <撒嬌女王>. I felt comfortable in our discussion, so I decided to join TVB.”

24 comments to Joey Meng: “I Am Not an Ambitious Person”