Joey Yung Hates Chapman To For His Lame Jokes 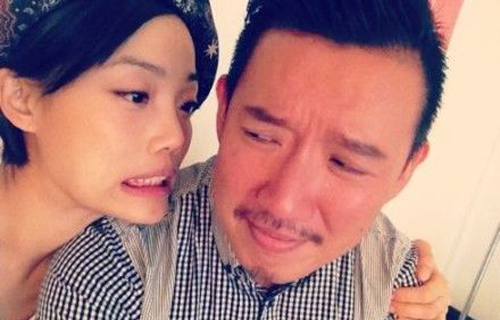 As a guest at Ronald Ng’s (伍樂城) concert last night, Chapman To (杜汶澤) publicly made a joke out of having duped Joey Yung (容祖兒) two years ago. Unfortunately, his humor did not translate into anything funny in Joey’s mind, and she later lashed out at Chapman in rage on her Facebook profile. Sensing what he said had hit a sensitive nerve, Chapman quickly issued an apology and vowed to cut back on his jokes.

While performing onstage, Chapman announced to the audience that he had promoted Joey to be the lead actress in Emperor Motion Pictures’ film, Diva <華麗之後>, in 2012. He had hoped she would be crowned Best Actress for her performance, but Joey did not win any awards that year. Ironically, Chapman was the one who brought home the Best Actor Award at the 19th Hong Kong Film Critics Awards.

Chapman continued to laugh at how he duped Joey. Apparently, she was also at the concert and he had run into her earlier. Chapman exclaimed, “She just found out that I duped her earlier backstage, so I’m going to dedicate this song to her. I hope she will never run into terrible people like me in the future.”

That night, Joey criticized Chapman angrily in a post on Facebook and accused him of hurting others for pleasure. She wrote, “Dear democratic hero, Chapman To. I’ve always been minding my own business. I put my best efforts into the opportunities I am given by others. Filming Diva was not for winning Best Actress. When can you, as an adult, learn to stop stirring up trouble and stepping down on others so you can bring yourself up? You’ve helped me in the past, and I thank you for that. But this isn’t the first time you’ve hurt others for pleasure with your so-called humor. I can’t stand it any longer. No matter how you cover up your image, you are the only person I hate within the entertainment industry.”

Wishing to stay on good terms, Chapman immediately apologized to Joey. He posted, “Seeking to enhance the atmosphere at my high school classmate Ronald Ng’s concert last night, I told a joke before thinking it through and said what I shouldn’t have. Right now, in my most sincere attitude, I apologize to Miss Joey Yung. In the past, I have never regretted anything I’ve said. This is the only exception, because I cherish our friendship. Thank you for referring to me as a ‘democratic hero’. After this incident, I will make fewer jokes. I do not seek forgiveness, but am wishing that you are fine! Sorry!”