Jonathan Wong Does Not Depend on His Wealthy Parents 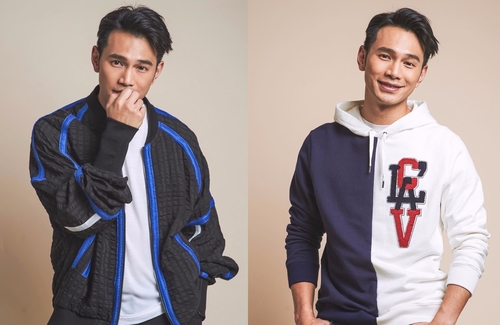 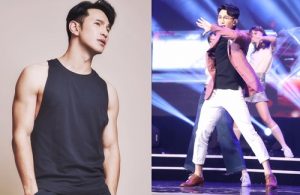 Since debuting 11 years ago, Airport Strikers <機場特警> star Jonathan Wong (王梓軒) has dabbled in a little bit of everything. Though he broke into the entertainment industry as a singer-songwriter, he eventually became a host on the TVB program Big Boys Club <兄弟幫>, and then starred in various dramas, including Limelight Years <華麗轉身>, which earned him a Best Supporting Actor nomination, and Wonder Women <多功能老婆> . Aside from having an extensive resume in the entertainment realm, Jonathan also has a wealthy family background.

Despite Wilfred’s net worth of more than 500 million yuan, Jonathan said he doesn’t depend on his father. “I worked hard to achieve what I have today. I don’t have a big company’s support so I must rely on myself to make a name for myself,” Jonathan expressed. 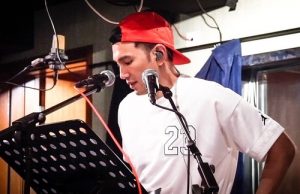 In fact, he has been working toward his future since young. Jonathan, who was born in the United States, was a straight-A student. He picked up violin, piano, swimming, basketball, and track at the mere age of six. After graduating from high school, he became the first Chinese student to be awarded the Dance Art Award in the school’s 200-year history.

The artiste later enrolled at Cornell University, one of the top ten universities in the United States, where he double majored in psychology and modern dance. On top of that, he served as the music director and arranger for the school’s all-male acapella group. He led the group to perform in various places like California, New York, and Boston. When Jonathan graduated, he was the single recipient of the 2008 Cornell Undergraduate Artist Award.

After his studies, he learned arranging, composing, and producing with composer Tsang-Hei Chiu ((趙增熹). Afterward, he released Cantonese, Mandarin, and English albums. He also joined a Japanese record company and held his own concerts. He had the fortune of doing arrangement work for Kumi Koda, producing records for TVXQ, and arranging and conducting for TVB International Chinese New Talent Singing Championship.

His work did not go unnoticed. He won a special award at the Short Shorts Film Festival & Asia for his micro-film. Two years ago, Jonathan won an award at the China Music Awards. In the same year, he and violinist Jue Yao (姚珏) led the Hong Kong String Orchestra and students to play “Below the Lion’s Rock” <獅子山下>. Within those five minutes, he set a new record for the World’s Largest String Instrument Ensemble consisting of 1,021 players. 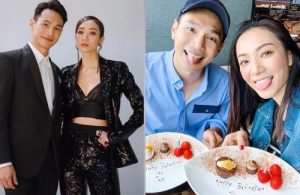 Still working hard to accomplish his goals, Jonathan expressed he is not looking to date. However, he previously revealed that he had a friend who wanted to play matchmaker and introduced him to Grace Wong (王君馨). Although the two did not end up dating, they are still good friends.