Joyce Tang Will Not Give Up Career After Marriage 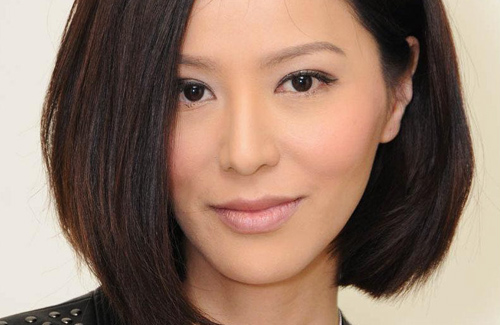 Evidently, tabloid magazines jumped on the gun to assume that Joyce will retire from the acting industry. Joyce clarified that the reports were misleading, and assured that her contract with TVB will not expire until “many years” later. “It seems to me that the reporters are even more tense than me! I believe that one must have a career in life.”

Confident that she has found the perfect partner, Joyce gave her boyfriend “full points” and announced that she has already accepted her boyfriend’s proposal. Asked if Joyce plans to have children, she said, “In our jokes we once discussed if we should have kids or not. If yes, we will definitely need to plan it well. Our families did not pressure us. I’ll leave this to fate.”

“First, I never admitted [my relationship] with Derek Kok. Actually, dating someone from the [entertainment] circle means that that person may have similar habits like you. Therefore, bad habits will also be shared. On the other hand, dating someone not from the circle means that we will have different habits. For example: When it’s that time to file taxes, he will remind me, and he will urge me to file them. I tend to ignore [the deadlines] in the past. I had no problem with turning in late taxes. He is the only person who can push me to finish these matters.”

Joyce frankly acknowledged that she has demands when selecting her roles, expressing that her fiancé does not want her to have a laborious shooting experience. Joyce revealed that her role in Awfully Lawful, a “housewife” lawyer who was willing to give up her career for family, was originally written for Angela Tong (湯盈盈). As Angela was pregnant at the time, TVB passed down the role to Joyce, who agreed to film the drama due to her friendship with producer Lam Chi Wah (林志華) and lead star, Roger Kwok(郭晉安).

On the claims that Awfully Lawful had plagiarized several scenarios from a Korean drama, Joyce responded with a comment from Constantin Stanislavski, a 19th century Russian actor and theater director – that there are only about six types of stories. It becomes inevitable that new material will eventually be rehashed and recycled. “I find no problem with that,” said Joyce.

With TVB’s recent slump in viewership ratings, is Joyce worried about the ratings for Awfully Lawful? Unlike her colleagues, who gave careful responses, Joyce announced that a “lucky omen” appeared whilst shooting the drama, expressing her confidence in the legal comedy. “First, this is a comedy. The four male leads gave very funny performances. It will grab the audience’s attention. Also, during the filming period, we experienced a mysterious incident – someone’s shadow was caught behind the camera lens, and we had to re-shoot the scene. However, the space behind the lens was too small. It is impossible for anyone to walk through it. We all knew what really happened!”

Joyce explained that paranormal happenings also occurred during the shooting of Armed Reaction, The File of Justice <壹號皇庭>, and Game of Deceit <騙中傳奇>, all very popular TVB dramas with high ratings. “It’s a lucky omen,” remarked Joyce. “I am confident in the ratings.”