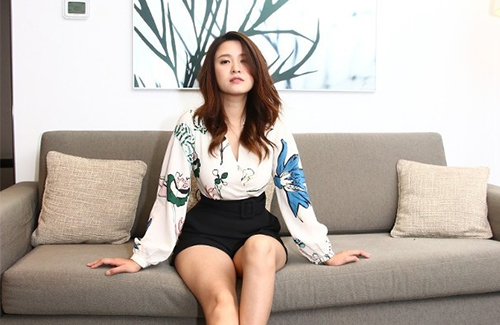 In the TVB drama Ratman to the Rescue <過街英雄>, Kaman Kong (江嘉敏) plays materialistic woman who enjoys luxury brands and investing in expensive cars and real estate. In real life, Kaman is also being portrayed as such. Following the disastrous yacht party hosted by Arnaldo Ho (何猷亨) and sharing her surprise birthday event for Iris Lam (林凱恩) and a few of their wealthy friends, gossip mags have been saying that Kaman was just portraying herself in the drama—a materialistic woman who is a social climber.

But Kaman is saying that’s not the case at all. “It’s all a misunderstanding,” she said. “I am a social climber in the series, but that character does not reflect who I am as a person at all. That was an innocent surprise birthday party for Iris. I don’t know why everyone has to give it such a dark spin. Maybe we are all too stressed!”

Kaman stressed that when she makes friends, she doesn’t look at their socioeconomic background. “Why should I? I never cared about being a social climber. Still don’t.”

The 25-year-old acknowledged that she is a popular target for gossip mills, but has learned to not let the news affect her in any way. Her boyfriend and parents have also stopped reading entertainment news altogether. Asking why Kaman is a popular target, she said, “I really want to know why myself. What can I do to not have people misunderstand me?”

In the drama, Kaman often has to act cute and speak in a cute way to get attention. She said, “I had to learn how to speak that way, because I’m not like that at all. Definitely had to do my research online.”

4 comments to Kaman Kong Denies Being a Social Climber