It’s hard to tell if a female celebrity is a natural beauty these days when plastic surgery is becoming increasingly common. Hence, netizens love to compare celebrities’ current looks to their past photos. Here are 10 female celebrities who were not afraid of posting photos from their high school days to show they are au naturel. 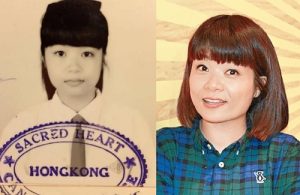 Looking at Kitty’s pure appearance and small stature, it is hard to believe that she is already 50 years old, as she can easily blend in with many high schoolers. What’s even more shocking is that she’s been rocking the same hairstyle from high school for the last 30 years. Surprisingly, netizens voted her as the prettiest. 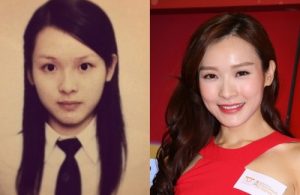 Ever since she was a little girl, Ali has had really big eyes and a slim face. With such graceful charms, it is no surprise that the Best Actress captured the audience’s attention with her versatile acting and good looks. 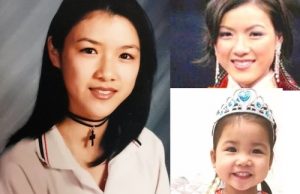 Recently, Aimee posted her high school photo from when she was 16 years old on Instagram. Though she has matured, many netizens complimented Aimee for being able to keep her sweet looks. What was most surprising to netizens was how much her daughter Camilla resembled her younger self. 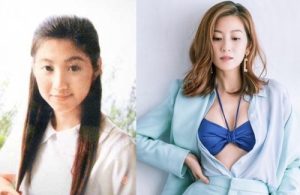 Recently, Yoyo has been in the spotlight for responding to her husband Vincent Wong‘s (王浩信) thank you speech with a blank look at the 2020 TVB Anniversary Awards. When reporters commented that her dark expression overshadowed Sisley Choi‘s (蔡思貝) Best Actress win that night, Yoyo confidently accepted the praise and attention. The 39-year-old actress has slowly built up her self-esteem throughout the years, growing more beautiful over time. However, she already possessed a goddess-like appearance resembling that of Xiao Long Nu’s when she was a student. 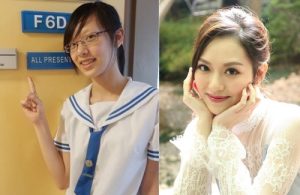 As for Crystal, she has really glowed up after high school. Although she has had nice teeth since young, ditching her pair of glasses likely made a big difference. Who would have guessed that the well-performed student in the picture, who scored a whopping 28 in her DSE examinations, would become a Miss Hong Kong winner? 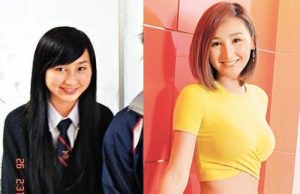 Samantha looks the same as she did as a child, but the only difference was she had some baby fat during her school years. Although she recently cut her hair short, she looks just like her high school self when she has a long mane. 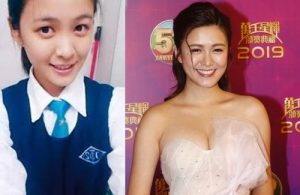 Kaman once participated in a school beauty pageant, but unfortunately, she used to have big eye bags and swollen eyes. However, as she continued to age, her features became more defined, and her big eyes stand out more now. 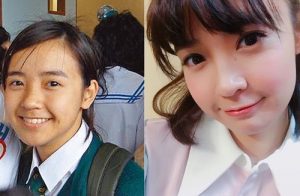 Kandy has always had a very youthful and friendly appearance since debuting in the industry, so it’s not a surprise that her looks have not changed since she was a child. However, she had a darker skin tone back then, as seen in the picture above. 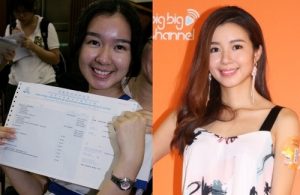 Known as the straight-A student who scored 10 As in the Hong Kong Certificate of Education Examinations (HKCEE), the Miss Hong Kong 2015 winner is not new to the spotlight. During her high school days, she accepted an interview highlighting her academic achievements while she still had baby fat and acne. Without a doubt, she has gotten prettier with age. 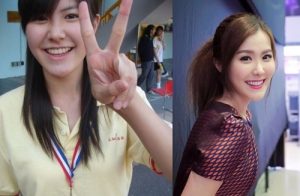 Moon attended a prestigious school in Sha Tin. Even though she was wearing her gym uniform in the picture above, her beautiful features shone through. She has maintained her bright smile and sharp chin throughout the years.