Karena Ng On Raymond Lam’s Marriage: “I Should Not Be the Focus” 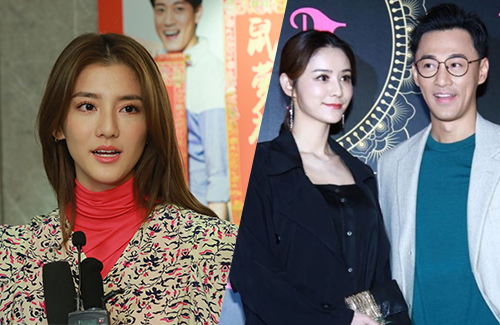 On New Year’s Eve, Raymond announced that he is now married to mainland Chinese actress Carina Zhang (張馨月), whom he dated for one year.

As his ex-girlfriend for nearly 5 years, Karena was inundated with questions about her thoughts on Raymond’s quick marriage to Carina. Karena did not avoid the question, but did stress that she no longer wants to be associated with such questions again. “I’ve responded to it before, so I don’t think it’s necessary for me to do so again. I have no business to interfere.”

Asking if Karena has had any new developments in her love life, she said, “I’m still young so I don’t want to think about that yet. If I have good news to tell I’ll definitely say it. No need to worry for me. Everyone’s getting married later in life, so I’m not in a hurry. I am not the focus here. Thank you for going easy on me!”

In regard to her career plans going forward, she said, “I want to do more things I’ve never done before. Do more different TV series. I want to create my own fashion line that can be well-received. I’ve always wanted to find a friend who is interested in starting a brand with me.”

8 comments to Karena Ng On Raymond Lam’s Marriage: “I Should Not Be the Focus”