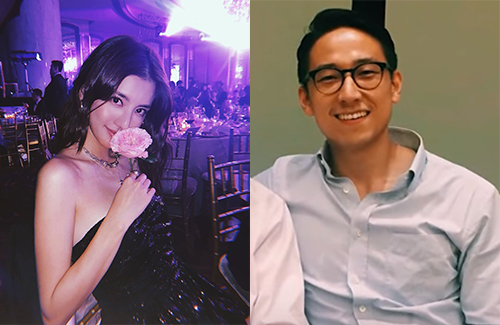 Good news is allegedly on its way for Karena Ng (吳千語) and her boyfriend of three years, Brian Shi (施伯雄).

Reconciling after a brief breakup earlier this year, reports are saying that the two are now considering marriage, and that Brian, who comes from a wealthy family and is known as a “rich 3G”, has reportedly already purchased an estate in Clear Water Bay for over $30 million Hong Kong dollars, which is meant to be their future home.

It is important to note that neither Karena nor Brian ever confirmed their relationship. Brian was, however, the first convincing dating rumor that Karena has had since her breakup with Raymond Lam (林峯) in 2017.

A source close to Karena and Brian claimed that Brian intends to marry Karena next year, and had purchased the Clear Water Bay property late last year.

Brian studied business administration at the George Washington University in Washington, D.C. He is the grandson of entrepreneur Shi Chi Ching (施子清), who is also a former member of the National Committee of the Chinese People’s Political Consultative Conference.

4 comments to Karena Ng to Get Married Soon?