Kathy Chow Does Not Believe in Marriage 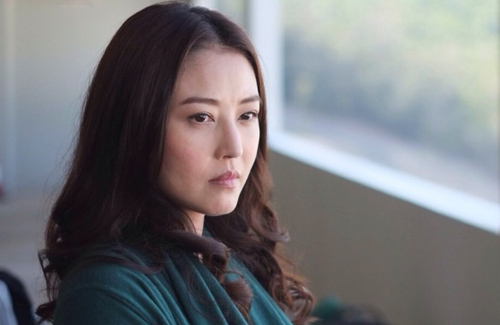 Kathy Chow (周海媚) was one of Hong Kong’s biggest stars back in the 1990s and appeared in TVB’s most popular dramas, including Looking Back in Anger <義不容情>, The Breaking Point <今生無悔>, and Time Before Time <大鬧廣昌隆>. Although Kathy’s spotlight may be overshadowed by younger actresses today, she maintains an optimistic attitude on her career and personal life.

Kathy debuted in the industry in 1985 when her father signed her up for the Miss Hong Kong pageant. Although she did not get placed in the top three, she was not too disappointed, as she never dreamed of stardom to begin with. Her entry in the pageant became a stepping-stone for 18-year-old Kathy, who decided to give acting a shot.

“When I didn’t win the pageant, my mom didn’t want me to enter the entertainment industry and said I should continue my education. I convinced my mom to give me a chance because I really wanted to try. I promised that if I was still an extra after two years, I’ll leave. But who knew that I’d become a lead actress after only a year! I’ve been working since then.”

A natural romantic, Kathy left Hong Kong and moved to Beijing with her boyfriend after a year of meeting him. Since then, the 47-year-old actress has led a semi-retired lifestyle, accepting only one or two filming projects a year to satisfy her love for acting.

Believing that true love is the most important, Kathy did not heed the warning and objection from friends and family about giving up her life in Hong Kong. Struggling to keep up with her poor Mandarin at first, Kathy did not give up and consistently watched television shows every day to improve her pronunciation.

After her first marriage with Ray Lui (呂良偉) ended in divorce, Kathy decided that she will not get married again. Seeing that Kathy does not believe in marriage, her boyfriend never brought it up. They both understand that the relationship will not lead towards marriage.

“To be honest, I don’t have any special feelings towards getting married. The most important thing between two people is to be happy. Does one certificate really make a difference in whether people are happy or not?” To Kathy, marriage is trivial and qualities such as trust and love are more valued than a mere certificate.

74 comments to Kathy Chow Does Not Believe in Marriage