After leaving the entertainment industry in 2014, Kenny Ho (何家勁) founded his own business in Mainland China. The 60-year-old returned back to Hong Kong for the Lunar New Year holiday, and while still single, he maintained his physique from his healthy lifestyle.

Kenny joined ATV through the 1981 actor training class. Though he filmed many dramas, he is mostly known for his role in the 1993 edition of Justice Pao <包青天>. Later leaving his acting career to focus on his health food production company in Huizhou, Kenny’s net worth today is valued over $100 million HKD. As an advocate of healthy living, he is seen at various charity events promoting active living.

With the New Year holiday, Kenny returned to Hong Kong to visit his good friends, which included Hacken Lee (李克勤). When the good friends play soccer together, Kenny is noted for his fit physique regardless of his age.

Kenny has always been health conscious. Every morning, he would have a whole grains drink to help him feel full and good for detoxing. As well, he mostly eats fruits and vegetables to sustain a healthy meal plan. Most importantly, he loves to exercise, as he was a former soccer player to maintain his shape.

In terms of his love life, Kenny is still single. He believes that he just hasn’t met the one yet. When he was an actor, he had a few girlfriends, but they did not lead to marriage. In 1989 when he was filming Love Without End <不了情>, he fell in love with his on screen partner, May Chin (金素梅). Though the pair considered marriage, they eventually broke up. He shares, “We were very compatible and she is an amazing woman. Unfortunately, we separated. We did have a promise though that if we were both still single at 60, we would be together.”

Kenny also dated now retired actress Anita Lee (李婉華). Although Anita had wanted to get married, Kenny wasn’t ready to settle down yet so they broke up. 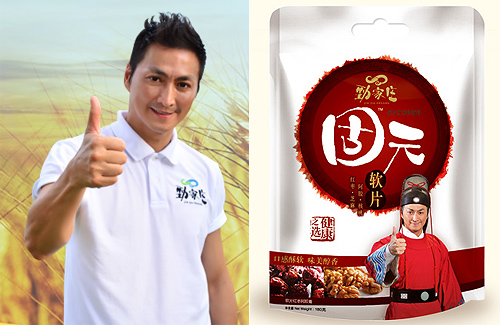