Kevin Cheng: “Love is All About Timing” 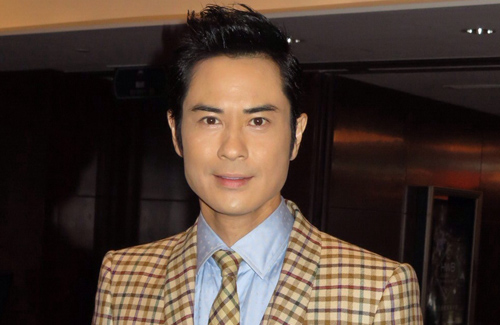 News about Kevin Cheng (鄭嘉穎) and Charmaine Sheh‘s (佘詩曼) rumored relationship died down in the recent years, but reconciliation rumors sparked again when they were spotted at Raymond Cho’s (曹永廉) birthday party last week. Charmaine and Kevin chatted nonstop and were very friendly with each other.

When Charmaine attended the celebration dinner for Line Walker <使徒行者> yesterday, she admitted to talking to Kevin, but denied that they were back together. However, despite reiterating that they were only friends, Charmaine said she will leave her love life in God’s hand and reconciling with Kevin will depend on fate.

Kevin attended the 2014 Watson Health, Wellness, and Beauty Awards ceremony today and responded, “That night…it was very simple – it’s because I went to Raymond’s party and Charmaine was in the next room for a different dinner. It was a pure coincidence that we bumped into each other. Of course we chatted because we’re friends! She also knows Raymond; it’s just that she was at a different party.

Asked about reconciling their relationship, Kevin replied, “Do I pursue her or is she going to purse me? Love is like that, there’s no saying who’s going to pursue whom – everything is about timing. I feel very comfortable being friends with Charmaine right now. When fate and the right timing comes along, I’ll tell you then!”

17 comments to Kevin Cheng: “Love is All About Timing”