Kris Wu and Lu Han’s Lawsuits with S.M. Entertainment Have Officially Come to an End 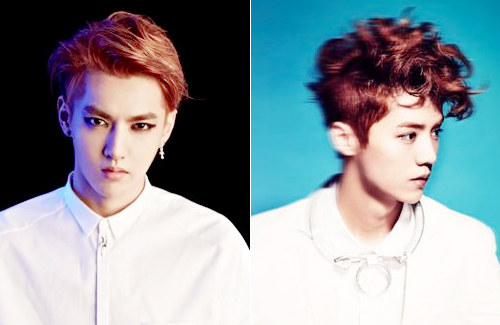 Former EXO members Kris Wu (吳亦凡) and Lu Han (鹿晗) have announced through their own independent studios that their lawsuit with Korean agency S.M. Entertainment has come to an end.

On Thursday afternoon, Kris and Lu Han each released their own statements through their respective studios, announcing that they have reached a settlement with S.M. Entertainment. The two former Chinese members of EXO have been in contract disputes with the K-pop agency since 2014.

According to their statements, the two members and their representatives have finally reached a settlement with the Korean agency in court. Kris and Lu Han said they can now freely pursue and develop their careers in China without the control of S.M. Entertainment. They thanked their fans and lawyers for their supportive efforts in the past two years.

Kris and Lu Han debuted as members of EXO in 2012. They were part of EXO-M, EXO’s Mandarin-singing subgroup that comprised of four Chinese members and two Korean members. In May 2014, Kris filed a lawsuit against S.M. Entertainment, claiming that his contract with the K-pop agency was invalid due to its excessive length, unfair profit distribution, and more. Lu Han filed a similar lawsuit in October 2014.

3 comments to Kris Wu and Lu Han’s Lawsuits with S.M. Entertainment Have Officially Come to an End