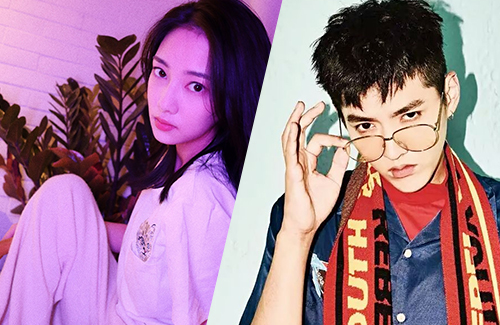 Dating rumors between Kris Wu (吴亦凡) and Youth with You <青春有你> star Luna Qin (秦牛正威) got a lot of people convinced, but Luna was quick to deny the claims despite having photos that stated otherwise.

Yet, another rumor is already coming Kris’ way.

Earlier this week, Kris shared a few photos on Weibo, showing him playing basketball with a few of his colleagues. But what got the netizens’ attention was not Kris himself, but the silhouette of a woman appearing in the backdrop of the photos—actress Kiko Ye (叶可儿), who was sitting on the bleachers in the background. Kiko’s name quickly trended on Weibo upon the discovery. 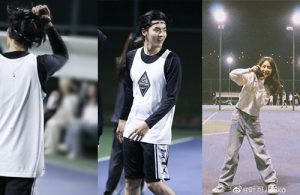 Photos that Kiko had uploaded herself on Weibo also put her on the map with Kris.

However, fans of Kris were quick to clarify the dating rumors. They pointed out that the both of them are costars filming the same drama, A Story of Hairpin <青簪行>, in Xiangshan. The cast and crew were out together that night for a break.

Nonetheless, some netizens did point out that they wouldn’t be surprised if Kris and Kiko were dating, as Kiko shares resemblance with Luna.