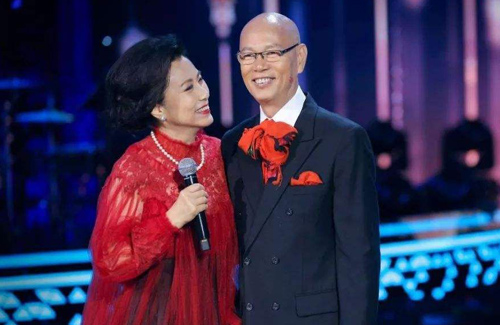 Actor Law Kar Ying (羅家英), husband of Liza Wang (汪明荃), has had a long bout of health issues. Diagnosed with stage 3 liver cancer in 2004, he underwent surgery in 2005. Although he led a healthier lifestyle after, he suffered a relapse in 2013 and had to undergo another surgery to remove the two-centimeter tumor. After a 10-year battle with cancer, Kar Ying was finally in remission.

However, the 72-year-old was recently disclosed to have been hospitalized for an infection. Through an interview, he revealed that he had to get a prostate cell examination, which required him to undergo a surgery. Unfortunately, the surgery resulted in an infection.

Initially, Kar Ying brushed off the symptoms and merely thought he had a small fever. He continued to work long hours, losing precious rest time to persist through filming for the web film, The Next Thing on My List <心願清單>. “At the time, I was filming in Hengdian. I suffered from body chills and had a fever. When the doctor found out I had surgery recently, he conducted a full body examination. I was in the hospital for a whole week and was given IV saline. After I left the hospital, I first finished up my filming obligations before returning to Hong Kong.  Right now, I am still in the hospital getting treated. I’m taking antibiotics. It’s not a big deal, so everyone please rest assured. I should be discharged in a few days!”

Kar Ying was found to have inflammation in his kidneys and bladder. He went on to share, “I’m in good spirits and feel good today. Previously, I felt dazed and out of it.” In regards to his stubbornness on finishing with filming before getting treated, he expressed, “I am the male lead this time. Plus, a bunch of people are waiting for and on me. I didn’t want to hinder filming, so it couldn’t be helped.”