Leehom Wang (王力宏) was, at his peak, one of the biggest pop idols to ever come out of Taiwan. A million-dollar seller, Leehom was often compared to and pitted against Taiwan’s natural treasure Jay Chou (周杰倫), and for nearly 25 years, Leehom was a strong force in the Taiwanese music industry.

In 2013, Leehom announced that he would marry non-celebrity Jinglei Lee (李靚蕾), and while the announcement was unexpected, many fans welcomed the news. Now, seven years later, Leehom is a father to three children, and is taming his new image into the perfect family man. 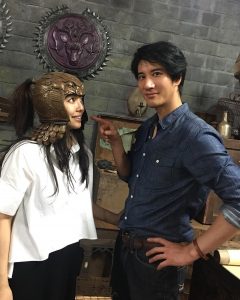 “It’s a blessing to come across a girl who I can hold hands and spend the rest of my future with,” wrote Leehom when he made his wedding announcement.

Like many pop idols of his era, Leehom’s private life had always been shrouded with mystery. Prior to confirming his relationship with Jinglei, Leehom had dating rumors with many goddesses in the industry, including A-mei (張惠妹) and Shu Qi (舒淇). His rumored relationship with A-mei was by far the most long-lasting one, but even after all those years of dating speculation, Leehom maintained that what he cared about the most was music.

“I can go far as to say that he’ll probably never get married,” his best friend Chen Chien-chou (陳建州), a.k.a. Blackie, one said. Leehom’s dedication to his craft and lack of concern for a romantic life has led to persistent gay rumors for Leehom. But the singer never cared about clarification—those rumors only quelled after he announced his relationship with Jinglei.

“And just like that, 20 years has passed,” Leehom once said in an interview with Chen Luyu (陳魯豫). As a Taurus, Leehom is a man of patience. He will dedicate everything to do one thing, and that one thing has always been music. “I don’t think I’m a special ‘Mr. Right’ for anyone,” he had said. “Whether it’s me as a person or my job, I’ve never really had stability. Honestly I’ve never come across the right person for me.” 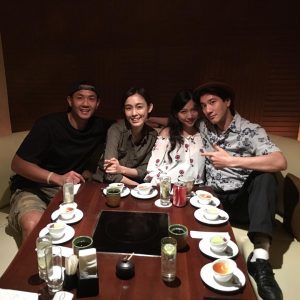 The perfect romance, in Leehom’s opinion, is when he didn’t have to change for anyone. At the peak of his career, Leehom worked nonstop, traveled back and forth, and worked so hard to the point where he didn’t even know where he was most of the time. He felt lost, and it was during this time when he met Jinglei, who had accepted him for who he was. Jinglei had extremely high EQ, and was there to listen to Leehom’s troubles. “I believe that Leehom has a bigger mission to compete in this world,” she said. “Through his music he was able to send love to a lot of people… [the sacrifices] were all worth it. I want to complete this dream of changing the world with him.”

The craziest thing Leehom has ever done in his life was getting married and starting a family. His entire direction in life changed. From now on, Leehom’s priorities are his family. Leehom would always bring his family along if he has to travel out of the country for work. “That way, when I finish work for the day, I get to go home to my family. Whether the home is in a city or in a hotel, as long as we are together, that is home.” 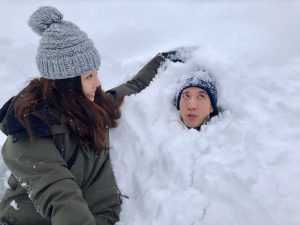 Leehom used to have assistants running around to help him with his errands, but now, Leehom is doing everything himself. When his wife was pregnant, Leehom took leave from work to stay with her throughout her pregnancy. Jinglei said Leehom is able to give her a great sense of security.

The singer used to be very private about Jinglei in order to protect her, but over the years, the fandom and public have become more and more welcoming to this Columbia University graduate. When he asked his fans to sing happy birthday to his wife during his Descendants of the Dragon 2060 <龍的傳人2060> concert, his fans immediately praised Jinglei’s beauty. Leehom jealously cried, “Hey! That’s my wife!”