Leon Lai’s Girlfriend Has a Wild Romantic Past 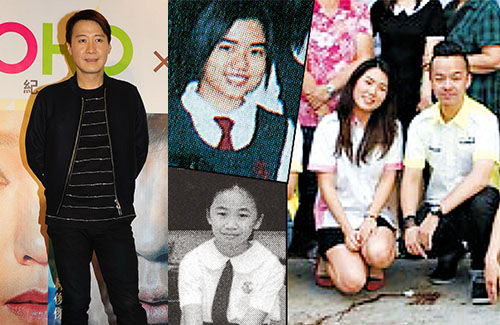 In April, Leon Lai (黎明) and his “baby mama” Wing welcomed their baby daughter, leaving Leon to be the last of Hong Kong’s four Heavenly Kings to start a family. Their daughter weighed five pounds at birth and is a premature baby.

Wing’s identity as “Mrs. Heavenly King” was sudden and came unannounced. When their relationship was first discovered, the paparazzi detectives only managed to identify her as the former assistant of Aarif Rahman (李治廷), and was rumored to have dated him.

But despite Leon and Wing’s attempts to stay low-profile and quiet, the paparazzi managed to find more and more things about Wing’s “scandalous” romantic life in the past. Wing, full name Chan Wing-yee (陳泳儀), is 19 years younger than Leon. Wing attended to an all-girls high school in Kwun Tong, and according to an old classmate, she was very mature for her age. She was obsessed with boys and would meet up with her boyfriends during after-school hours.

In 2010, Wing joined Leon’s record label Amusic and worked as Aarif’s assistant. The two were very close, and Wing was very dedicated to managing Aarif’s career, leading to rumors that the two were more than just close colleagues and friends. On January 1, 2011, Wing married her ex-husband who, like Wing, is a lover for exercise and dogs. Her ex-husband is the son of a wealthy couple who owns a successful family business.

After her divorce, Wing and automaker Vincent Chiu (趙偉猷) started a relationship in 2014. Unlike her relationship with her ex-husband, Wing did not keep their relationship low-profile and openly introduced him to friends in the industry. Wing attended most of Vincent’s auto events to support him. Their relationship lasted a few years—Wing was seen attending a friend’s wedding with Vincent in October 2017.

Their relationship spiraled downhill from there. In a recent catch-up with Vincent, the auto racer looked disappointed when reporters asked him about Wing. When reporters relayed the news of Wing giving birth, Vincent refused to congratulate her.