Li Xian to Play a Heroic Firefighter in New Drama with Victoria Song? 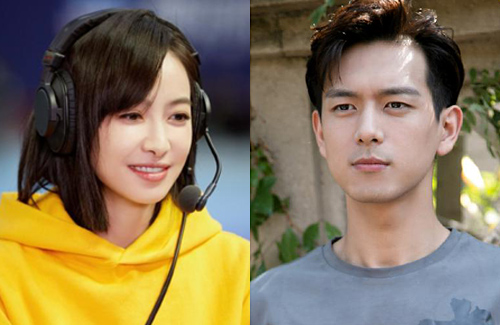 Breaking out from his highly-loved performance in Go Go Squid <亲爱的热爱的>, Chinese actor Li Xian (李现) has been receiving many filming opportunities. Currently, he is preparing to return onscreen with film Schemes in Antiques <局中局>, and soon after he will start working on his next drama He Came From the Fire <他从火光中走来>.

Schemes in Antiques is the film version of Mystery of Antiques <古董局中局>, a mystery and suspense-filled story in which Li Xian will be challenging the character Yao Buran. Although, official film stills have yet to be released, photos of him on set have already circulated on the Internet. By the looks of it, Li Xian appears to be positive and at ease, so netizens have full confidence at he will do well and are hoping that there will be a set premiere date soon.

In finishing Schemes in Antiques, the 28-year-old actor will likely join the team of He Came From The Fire. Li Xian is rumored to star along Victoria Song (宋茜) and Evan Lin (林彦俊). He Came From The Fire is a modern city drama that revolves around the passionate romance between a firefighter and a female celebrity. The drama is adapted from the popular online novel of the same name.

Many believe that Li Xian should easily pull off a firefighter role based on his disposition and masculine looks. This will certainly also show a new and refreshing side of him that fans will enjoy watching. In addition, Victoria and Evan should also be good fits for their characters, since the female lead is described to be a sensible celebrity. Evan is also a capable actor who can portray any character well.

While the official announcement is yet to be released, fans are already buzzing with excitement over the rumored cast.

TAGS: He Came From the Fire, Li Xian, Victoria Song

1 comment to Li Xian to Play a Heroic Firefighter in New Drama with Victoria Song?