His intention was to steal her scientific research by romancing her….

Luo Yunxi stars as male lead Zhou Xiaoshan, who specializes in dealing in borderline illicit businesses. His real identity is that of a broker tasked to steal coveted scientific data. His target is Qiu Jianing (Victoria Song), a capable biotech scientist who returns after graduating with a phD from a famed institute.

Having spent much time overseas, Jianing is unfamiliar with the unspoken rules of corporate politics and unknowingly offends her co-workers right from day one, while believing that academics should not be tainted by the complexities of social networking. 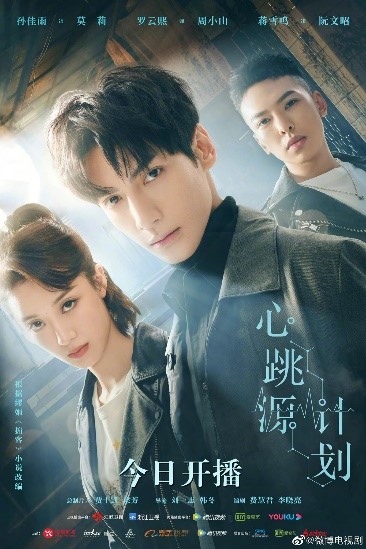 Introducing the two leads’ backgrounds and personalities, the first episode revealed Zhou Xiaoshan’s unfortunate childhood encounters while giving viewers a glimpse into his motives.  The end of the episode sees the two leads strike up a friendship due to their shared plight of being marginalized, but this also seems a targeted move on Xiaoshan’s part to get close to Qiu Jianing and win her over.

Impressing viewers with his portrayal of his character’s resoluteness, decisiveness, and caution, Luo Yunxi delivered a huge chunk of technical jargon, and captured Zhou Xiaoshan’s maturity and seriousness. He won praise from viewers for his steady onscreen performance.

However, the debut episode was somewhat disappointing for readers of the novel, which excelled at crafting the interesting careers of the two leads. Fans are pinning their hopes on subsequent episodes to see if the drama would be a successful adaptation.

At the height of his popularity now, Luo Yunxi looks forward to a leisurely retirement in Chengdu.