Li Yifeng (李易峰) was involved in a bit of a controversy when his fans started arguing with Deng Lun (邓伦) fans about Yifeng’s behavior with Deng Lun during a televised charity basketball game. Though Yifeng and Deng Lun were on opposing teams, the duo showed great sportsmanship in the court. The duo held each other’s hand, and Yifeng affectionately touched Deng Lun on the hip. 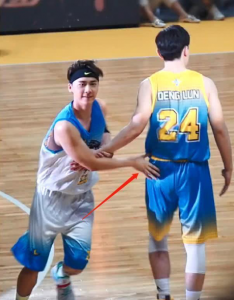 Yifeng and Deng Lun fans scolded each other back and forth online, prompting Yifeng and Deng Lung’s agencies to release a joint statement in hopes to cease the arguments, as the heated debates were beginning to gain unwanted attention.

Regardless of what was going on in the minds of fans at the time, Yifeng had always been known for putting out good fanservice, being flirty to his fans as well as many of his female costars. Surprisingly, Yifeng is also good at showing affection to his male fans and colleagues, and is very comfortable with touching them affectionately.

The Boys of Li Yifeng 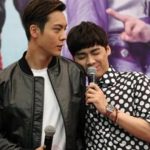 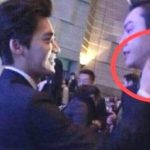 Yifeng, a close friend to William Chan, often holds his hands and leans on his shoulder. At an awards show, Yifeng was seen touching William’s ear as he admired the other’s earring. 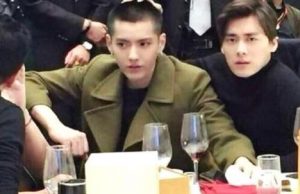 While promoting his film Mr. Six <老炮儿> with Kris Wu, Yifeng ran his hand over Kris’ buzz cut. Kris didn’t react to the touch at all, like he was used to it. 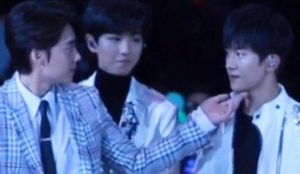 Even TFBOYS couldn’t escape Yifeng’s affection. Yifeng turned to his side, looked at Jackson Yee (易烊千玺), and held his chin. Karry Wang (王俊凯), who was standing behind the pair, smiled at the interaction.

Businessman Wang Sicong is no exception. At an event, Yifeng walks downstage, sees the businessman, and rubs his cheeks. He then sits next to Wang and looks up at the stage, as if no interaction had happened between them. Wang looked rather amused. 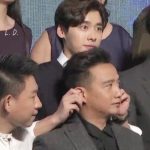 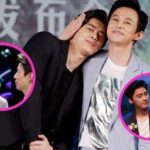 Yifeng has no fear, even when it came to senior veterans in the industry. Huang Lei, a respected actor in the industry, didn’t react at all when Yifeng started playing with his ears. Whenever Yifeng is with He Jiong, he would lean close to him. No personal space considered. 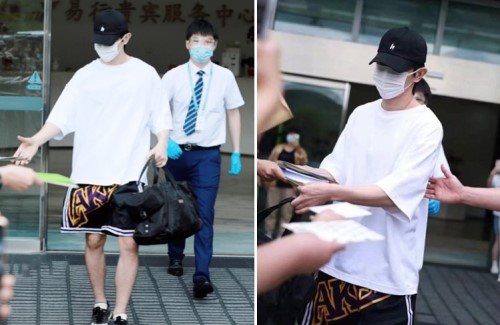