Due to the ongoing COVID-19 pandemic, it has been a long time since Hong Kong artiste Stephy Tang (鄧麗欣) met up with her boyfriend, Taiwanese artiste Prince Chiu (邱勝翊). While the couple has been maintaining a long-distance relationship for two years, the current pandemic makes it hard for them to celebrate special occasions together.

Since Stephy could not celebrate Prince’s 31st birthday in person, Stephy made a public post to wish her boyfriend a happy birthday. In the photo, Stephy and Prince’s silhouette was decorated with hearts and the words “Happy Birthday”.

Stephy and Prince were first linked to be dating in 2018 after the media discovered they had gone on a vacation together. While the couple initially insisted they were just friends, they eventually admitted that they were in a relationship in spite Stephy being five years older.

Prince Had a Surprise Birthday Party with Co-Stars 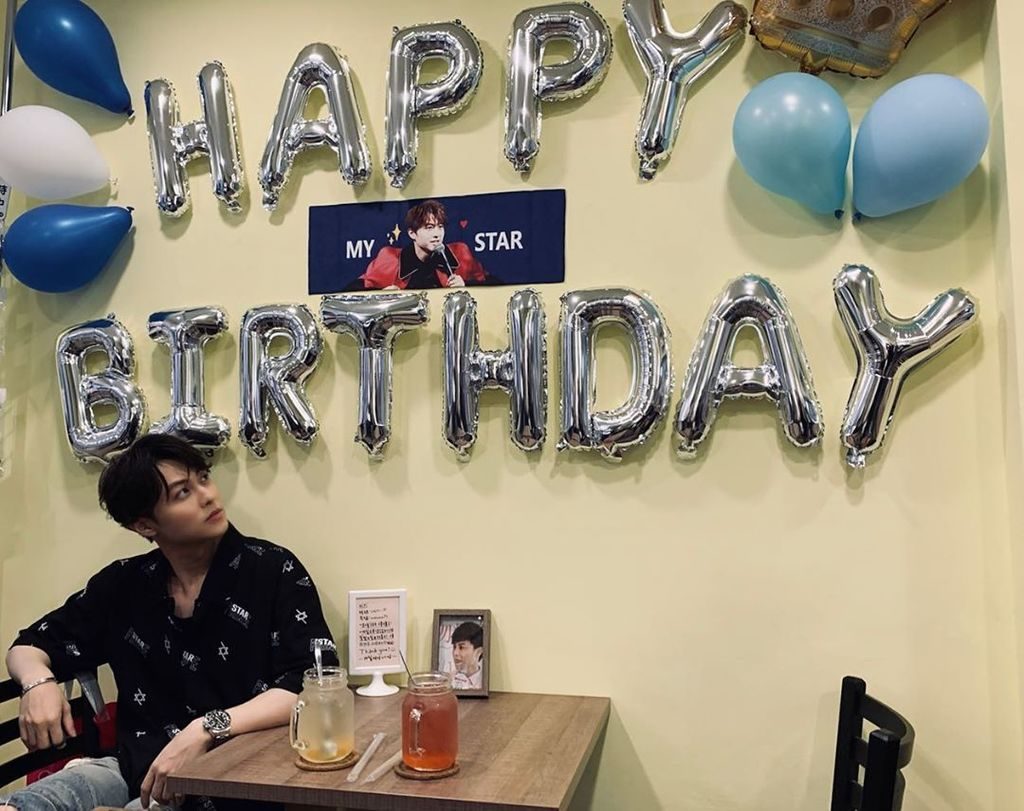 Prince revealed to the media that he was only able to celebrate his birthday with Stephy over the phone. Instead, Prince who is currently busy promoting for his new drama Amensalism <覆活> had a surprise birthday party with his co-stars Lorene Ren (任容萱), Andy Wu (吳岳擎) and Eleven Yao (姚以緹). On his social media page, he thanked his co-stars and company for planning a surprise birthday party.

“I’ve heard many people say that time flies when you are 30 years old. This year I deeply felt it. With a blink of an eye, 365 days have passed.

“At the start of 2020, the world was affected by the outbreak and everyone’s lives changed dramatically. Everyone worked hard. During this time, I thought a lot after calming down. The mood has also changed a lot. The only change that is constant is the expectation of another year.

“In the future, I will be more intelligent as I face all things. Cherish those who have helped you and accompany you. Be kind.

My only wish is for the world to be safe.”