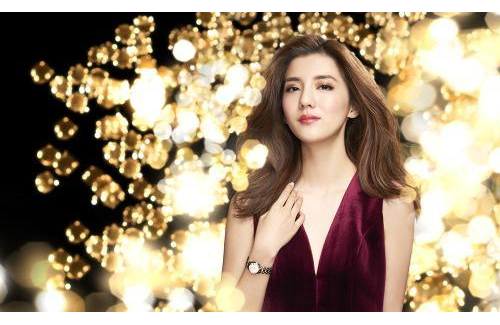 It isn’t easy to be remembered in the entertainment industry, and while artists are scrambling their way to find that one big movie or television drama to become a household name, there is that one odd flower Karena Ng (吳千語), who is known simply for her dating life.

Born in Zhejiang, Karena made her debut in 2011 as the female lead in Raymond Wong’s (黃百鳴) fantasy film Magic to Win <開心魔法>, starring alongside Louis Koo (古天樂) and Wu Chun (吳尊). Karena, who just graduated out of high school at the time, was discovered by Raymond Wong in a tissue paper commercial she shot the previous year. Magic to Win gave her a nomination for Best New Performer at the Hong Kong Film Awards in 2012, and critics dropped her name as the biggest young actress to watch in future years.

The critical success quickly fazed out, however. In February 2013, Raymond Lam (林峯) publicly admitted to their relationship, and Karena became more known for being Raymond’s girlfriend than being an actress of her own right.

It wasn’t just any normal relationship. Paparazzi were quick to discover that Raymond liked spoiling Karena with materialistic things. At one point, the paps reported that Raymond spent 1.8 million yuan on luxury bags in Milan for Karena. Their relationship was never well-received by Raymond’s fans, and it’s not hard to see why. Fans blamed Karena for treating Raymond like a living ATM. Karena did not come from a wealthy background, but her insistence on meeting friends who are from rich families, like Raymond, just confirmed those expectations.

According to a source, Karena’s mother always had the goal in mind to have Karena mingle with high society. After Karena debuted, she continued to encourage her daughter to meet with various rich second-generation celebrities to become friends with. Before dating Raymond, Karena dated Chester Lim (林建億), son of former Miss Hong Kong Ellen Wong (王愛倫). After breaking up with Raymond, Karena started a relationship with Brian Shi (施伯雄), grandson of real estate entrepreneur Shi Ziqing (施子清).