Mavis Pan to Raymond Lam: “Don’t Pretend to Be Innocent!” 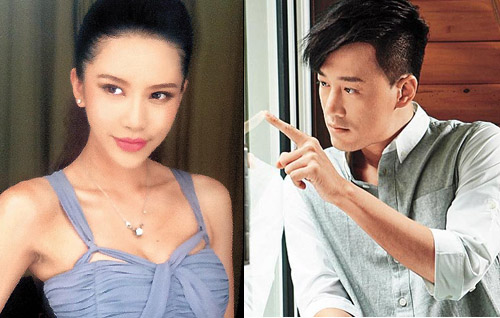 Since Raymond Lam’s (林峯) bed photos with busty ex-girlfriend, Mavis Pan (潘霜霜), were leaked in March 2011, followed by his old friend from Xiamen, Angel Fong (芳芳), offering an online tour of his house, Raymond’s image plummeted. In a recent interview, Raymond revealed that Mavis broke his heart in their former relationship.

Mavis countered in a blog message, “Do not pretend to be innocent and say that you were ‘heartbroken.’ Look at the extent that you hurt others (and in mercilessly manner too). Let’s not interfere with each other, okay?” Although she did not scold Raymond directly in her message, it was obvious that she blasted her ex-love in pretending to act innocent.

Asked by the reporter from Apple Daily regarding Raymond Lam bringing up their old romance in a recent interview, Mavis said angrily, “It’s disgusting; this will be the death of me! It makes me wonder what he is up to? Do not disturb me; it is not a good idea. I will certainly speak up!”

Over the past few months, Mavis sealed her lips and refused to speak about Raymond Lam, choosing instead to heal her love wounds by focusing on work. Unexpectedly, Raymond spoke about their old romance in a recent interview again. Mavis stated, “I do not wish my name to be attached with his name. I do not want there to be any ties at all.” Mavis explained that she never used Raymond to promote herself, “He never helped me with any matters.” Asked about her current love life, Mavis said with reservation, “Let things run their natural course; I do not wish to discuss too much about the matter.”

Jayne: Certainly, Raymond would expect that Mavis would have some sort of back lash in regards to his recent mentioning of his old romance with her?

177 comments to Mavis Pan to Raymond Lam: “Don’t Pretend to Be Innocent!”