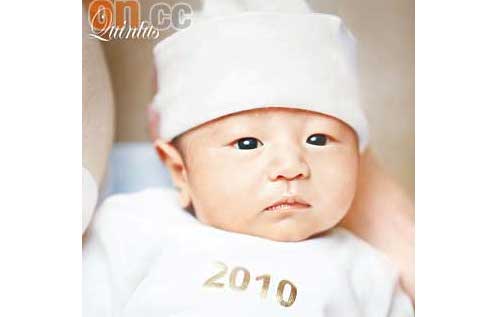 The name Quintus is of Latin origins and was common throughout all periods of Roman history; it means, “a child born in May.” When Ha Wing Hong arrived at the hospital to take photos of Quintus, it was already past midnight. Fortunately, Quintus was still wide awake. Mr. Ha said, “Quintus was two days old when the photos were taken, thus he had lost some water weight. I did not tickle him and let him react naturally. He was a very well-behaved baby. He kept looking at me, as if knowing that I was working.” Mr. Ha was supposed take photos of Lucas and Quintas together. However, Lucas had a fever on that day. Mr. Ha noted that Cecilia appeared well at the hospital, despite giving birth two days ago. Mr. Ha also had the opportunity to hold Quintus in his arms.

Grandfather, Patrick Tse’s, spirits were especially lively. Patrick said that he saw Quintus’ beautiful photos. Patrick revealed that Lucas was too excited in meeting Quintus. Lucas ran around the hospital and refused to sleep, thus coming down with a fever. Nic had to bring Lucas home to rest. Patrick continued, “Lucas felt that it was too quiet at home. After he recovered from the fever, he went back to the hospital to see Quintus again!”

Grandmother, Deborah Dik, said that Quintus’ nose had the Tse family’s distinction, while his face looked like Patrick and his ears resembled Deborah’s ears. “Quintus’ features are very fortuitous! Nic decided upon the name, Quintus. I do not know what it means. But it starts with the letter ‘Q,’ which is very cute!” (Will there be a one month baby banquet for Quintus?) “I’m very busy. The phone keeps ringing every second!”

Last Wednesday, on May 12th, Cecilia entered the hospital and delivered Quintus via caesarean section. Cecilia and Nic’s family frequented the hospital visiting mother and baby. Cecilia’s manager, Miss Zhou, confirmed that Cecilia’s recovery from the birth went well and will be discharged shortly. 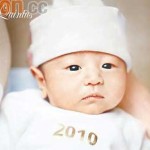 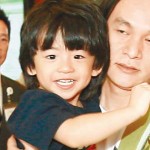 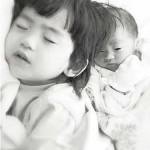 Jayne: Quintus is extremely gorgeous! Cecilia and Nic should definitely make more babies; both Lucas and Quintus are so beautiful.