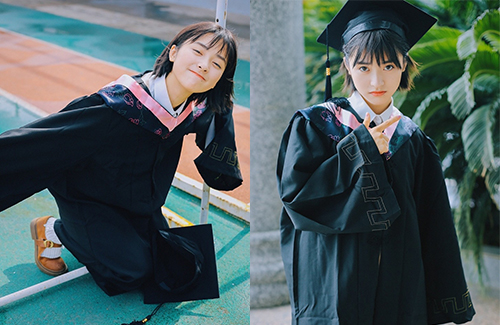 Shen Yue (沈月), the rising rookie actress who potrays Shancai in the upcoming remake of Meteor Garden <流星花园>, has officially graduated from college! 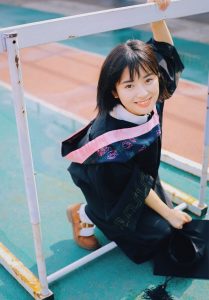 On social media today, the 21-year-old shared a series of photos she took around her school grounds while wearing her cap and gown. She wrote, “I didn’t attend my school’s commencement. I actually feel regret in my heart. I never took those jumping or cap tossing graduation pictures in front of the school monument sign with the rest of my friends. For someone who likes ceremonies, I still feel like I haven’t officially graduated yet. This is why, when I was on break, I used the opportunity to bring Xiaowen back with me to school so I can take those photos.” 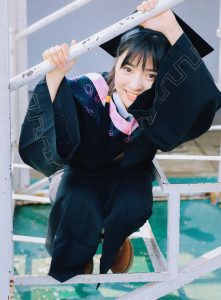 Shen Yue misses her time in the campus grounds, saying, “In my four years in college, I didn’t socialize much. My closest friends were my two roommates. This road between our two dorms was the road where we walked together the most in the last four years. Along the road are my favorite [street foods] Luosifen, tea egglets, stinky tofu, pig brain cold noodle, taro ice blend, pizza, red bean milk pudding, spicy fish rice balls, [and] rosa chocolates.”

The 21-year-old rookie shot to fame following her starring appearance in her third television drama A Love So Beautiful <致我们单纯的小美好> starring opposite Hu Yitian (胡一天). She will portray Shancai in the upcoming remake of Meteor Garden and An Sheng in the TV adaptation of Soul Mate <七月与安生>. 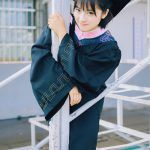 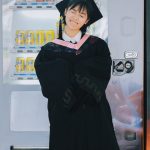 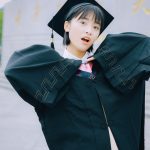