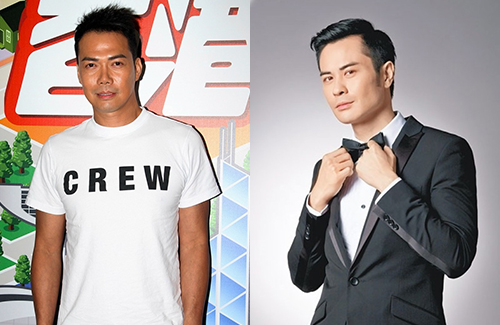 This week, gossip mills are churning with the rumor that Kevin Cheng (鄭嘉穎) will be leaving TVB at the end of the year. His good friend, Michael Tse (謝天華), has confirmed that the rumor is indeed true.

“This is still a rumor? Isn’t this a known fact already?” said Michael.

On Friday, Michael showed up at TVB Studios to film Eric Tsang’s (曾志偉) new game show I Love Hong Kong <我愛香港>. Michael, who left TVB in 2013, has been spending the last few years doing variety shows in Mainland China. Michael starred in the Mainland survival reality series Survival Games <跟著貝爾去冒險>, in which he explored rural lands and learned how to survive with limited supplies.

Asking if Hong Kong variety is much easier than doing Mainland  variety, the Laughing Gor star said, “You can’t compare them. Mainland game shows are different from our game shows here in Hong Kong. Honestly, Hong Kong has its own distinctive style. I think it comes down to the fact that you’re usually familiar with the people you’re working with, so the atmosphere here is much friendlier.”

In response to the rumor that Kevin Cheng will be leaving TVB at the end of the year, Michael said, “This is still a rumor? Isn’t this a known fact already?” (He’s never confirmed it!) “Kevin’s contract will be up in October. We met up earlier and this topic did come up in our conversations. He’s always planned on leaving.” (Will you guys do a collaboration in the Mainland?) “He’s good to go on his own! He’ll be very busy!”

In regards to the rumor that Bosco Wong (黃宗澤) may be leaving as well, Michael said, “Bosco still has some time left. I don’t know about next year.”