The 12 contestants were chosen after two rounds of intensive interviews that included 61 applicants. The first round had 130 applicants.

The 12 girls, aged between 17 and 24, all appeared anxious during their official meet with the press. Hot favorite Kelly Ng—also one of the oldest of the 12 girls—was exceptionally nervous, but managed to cling onto her popularity title with her charismatic appearance. Her competitors Boanne, Regina, and Nicole shined as well.

Though not a hot favorite initially, Mandy Yau gained traction in the race after it was revealed that she was only 17 years old. The sixth year secondary student had just taken her HKDSE exam—the Hong Kong Diploma of Second Education—which she admitted that she did not do very well in. Nonetheless, her fighting spiring remained strong. Praised for her tall height, Mandy said she will work hard on losing her baby fat.

With her unsatisfactory scores, was Mandy already preparing for a career in entertainment? “Not really,” she said. “I do hope to maintain both. If I do win, I will still continue to study. My joining of Miss Hong Kong has nothing to do with my poor scores. I didn’t think about competing until after I took the test.”

Admitting that she’s the youngest of her competitors, Mandy said she is thankful of her older sisters for taking care of her. Acknowledging that her young age—thus lack of experience—as her major weakness, Mandy said she will make it up by excelling in other performances.

Sandy Leung chopped off her hair and greeted the reporters with a much shorter hairdo. Standing at only 5 foot 1 inches tall, it was an entertaining sight when she was arranged to stand next to Suki Wong, who is 5 foot 10 inches. Sandy doesn’t find her short height to be a weakness of hers, as being short can have its perks. She is one of the more experienced contestants, having appeared alongside award-winning actress Kara Hui (惠英紅) in the 2016 film Happiness <幸運是我>.

The 12 contestants are already in preparation mode. The “angelic” Kelly lost a great deal of sleep due to her frequent dance rehearsals. Asking if she feels the pressure for being most popular, Kelly said, “I don’t feel like I am! I am maintaining a normal mindset for everything. We’re not at the end yet, so there’s still a lot of room for improvement. All of our contestants are great.”

Kelly’s competing hot favorite is Boanne, the younger sister of Miss Friendship 2016 Bowie Cheung (張寶兒). Bowie has been one of Boanne’s biggest supporters, and offered her many tips during the audition process. Boanne’s current goal is to lose weight. On her strengths, Boanne said, “Other contestants excel in speech, while my best quality is my smile.”

Another popular favorite, Regina, also listed her smile as her best quality. She doesn’t mind the attention that Kelly and Boanne are grabbing, insisting that most important thing to do is to do her best. Regina gives her overall performance 90 points so far. Her goal is to exercise more, so she can have a toned, summer body for the finals.

Miss Hong Kong producer Chan Koon-leung (陳旭亮) shared that filming for the competition will head over to Taipei in late July. “There’s going to be many challenges for them,” he said. “Some of them might be eliminated then.”

The Miss Hong Kong Pageant 2017 will no longer use the TVB FUN app to collect votes, but through TVB’s new streaming app, the big big channel. “More details will be revealed later,” said the producer. 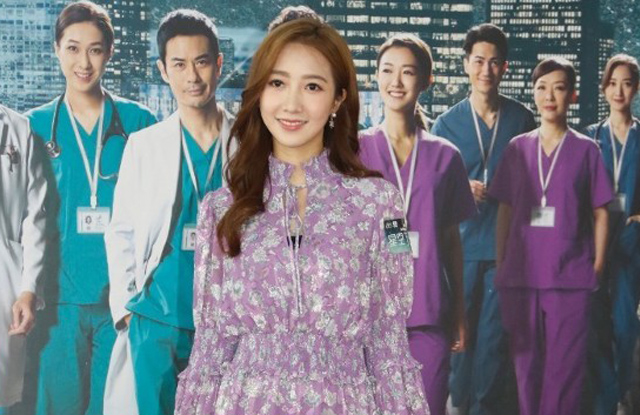