Miss Hong Kong Winners Stand Out By Being Bold 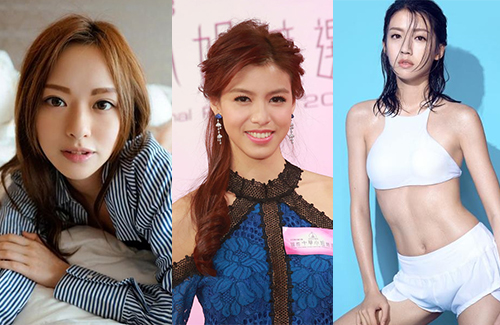 Long gone were the days when TVB artistes had to keep an innocent image. Our new generation of rising TVB actresses are standing out with their shocking statements and bold images, successfully shifting the generation to a new direction.

2016’s Miss Hong Kong is quickly rising in popularity, thanks to her appearance in Young and Restless <#後生仔傾吓偈>. On the show, she revealed that she has a habit of sleeping naked, and was very open to discussing about her knowledge of sex. Already with four dramas under her belt, Crystal Fung is without a doubt the next TVB star to watch.

It is public knowledge that 2017’s Miss Hong Kong has a boyfriend who is a dentist, but this past June, Juliette was photographed hugging him. Disregarding her Miss Hong Kong image, Juliette pounced on her boyfriend, hugged him tightly, and kissed him, showing PDA.

As 2013’s runner-up, Sisley has already been in the business for a while. Already a leading actress at TVB, Sisley has had many dating rumors with her male costars, including Dickson Yu (余德丞), the married Vincent Wong (王浩信), and Tony Hung (洪永城). With her headstrong and tomboy image, Sisley has also managed to win a lot of male fans.