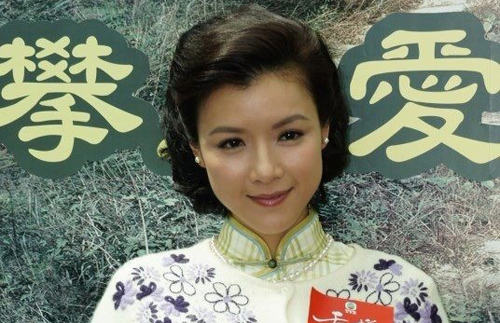 Moses Chan (陳豪) and Aimee Chan (陳茵媺) promoted their new TVB drama, The Last Steep Ascent <天梯>, which will be airing on September 17 in Hong Kong. The series dramatizes one of the most moving love stories to have emerged from China in recent years, in which a man hand-carved 6,000 steps in the mountainside to allow his wife to walk through the steep terrain with greater ease.

Lead actress, Maggie Cheung (張可頤), was noticeably absent from the promotional event held on Saturday. Regarding Maggie’s absence, Moses said, “I’m not clear on the matter; I will let TVB handle the promotional events. It may be due to the company’s policy factors. Even if Maggie cannot attend the events, she can still support the drama by watching it at home.”

Since Maggie has signed a contract with TVB’s rival station, CTI, Moses wished her well. “I hope that they do well on their side. This will help the television industry too, but it is not an easy feat to accomplish.”

Producer Lee Tim Shing (李添勝) wished that Maggie was able to attend the promotional event for The Last Steep Ascent. Since she is now partnering with CTI, this obviously posed as an awkward situation.

Absent at the function was also cast member, Joel Chan (陳山聰). He had reportedly forsaken his TVB career in order to spend more time dating casino tycoon, Stanley Ho’s (何鴻燊) daughter, Florinda Ho (何超雲). Last year, Joel had taken a long leave of absence from TVB after dating Florinda. Tim Gor revealed that he did not notify Joel of The Last Steep Ascent’s promotional event and was uncertain whether he will continue acting.