With Hong Kong facing its all-time record of COVID-19 cases in March since the outset of the pandemic, Moses Chan (陳豪) has been taking extra precautions by wearing masks 24 hours every day. When he does not have to film, the actor spends most of his free time “hanging out” on his balcony to avoid exposing his three children to COVID-19.

When Drug Breaker<破毒強人> co-star Nancy Wu (胡定欣) tested positive, Moses became very worried. He said, “I’ve been conducting rapid tests every day. Although the results are negative, I’m still self-isolating. I sleep in a separate room, and I eat on the balcony. I’m also wearing my mask 24 hours a day, while changing it regularly. This is a crucial time when we’re experiencing something we’ve never gone through before. I hope that everyone can persevere and get through this challenge hand in hand!”

He applauded TVB for the decision to suspend filming, “Many dramas are stopping work for one to two weeks, and will wait for the situation to stabilize before continuing. I hope this can stop the spread.”

Although this means more time home, Moses has been spending his free time on his balcony and enjoying the fresh air. For his son Nathan’s seventh birthday, Moses continued to wear his mask around his family as usual. 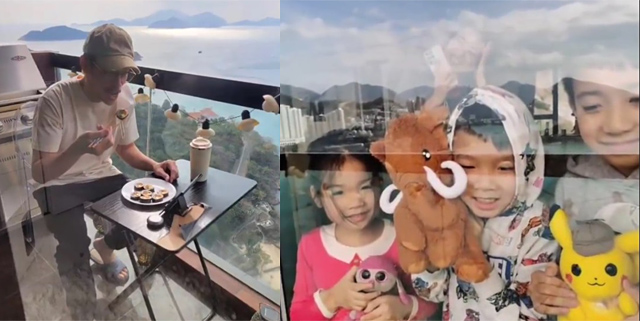 Moses Has Been Extra Careful

Since the pandemic started two years ago, Moses has been a role model for best COVID-19 prevention practices to avoid bringing risk to his family.

He expressed his actions does not just affect himself. If he gets infected, it would set off a chain reaction to those around him. He feels it is important to set a good example for his children. At home, he would wear a mask whether he is cooking, grilling on his barbecue, or cutting his son’s hair. 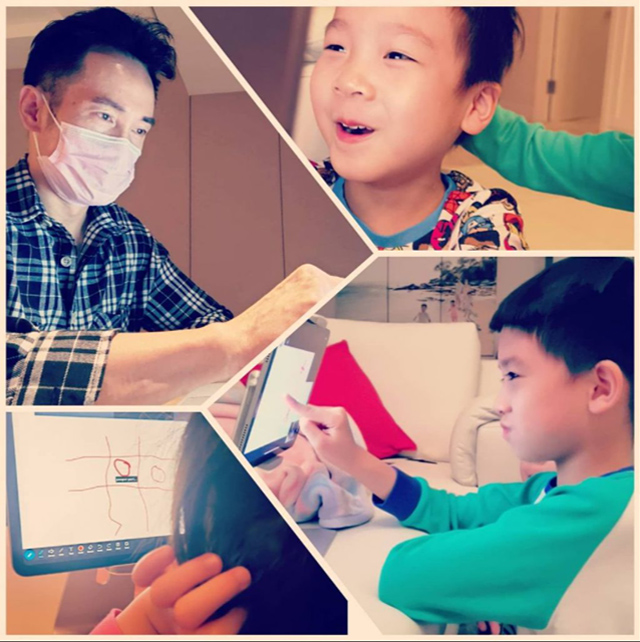 During the 2020 TVB Anniversary Awards, he was the only artiste out of 200 attendees who wore his mask the entire night. He also chose to wear a surgical mask rather than the clear ones provided by TVB. There were some artistes who did not even wear a mask. The only times he took off his mask was when he took pictures on the red carpet and when he presented an award. He understood that his colleagues do not want to wear a mask in fear of ruining their makeup, but he insisted to protect his family.

When he travelled to China to film The Big White Duel 2 <白色強人II> last year, Moses spent almost two months away from his family. Filming in China meant 21 days of quarantine, which he would place Tic-Tac-Toe virtually with his son. When Moses was in the hotel room by himself, he continued to wear a mask, as hotels use central air conditioning system so germs can easily spread. Even his Armed Reaction 2021 <陀槍師姐2021> co-star Jessica Hsuan (宣萱) praised him for being a considerate father.