After tying the knot with businessman Philip Lee (李乘德) in 2015, Myolie Wu (胡杏兒) welcomed two sons Brendan (born 2017) and Ryan (born 2019). Taking a temporary step back from her acting career, Myolie has been spending the past few years managing her personal businesses and taking care of her two sons. A few days ago, the couple went hiking in Tai Po’s Bride’s Pool Waterfall—they brought along their two-year-old son Brendan, as well as Philip’s parents.

Both Myolie and Philip shared snippets of their hiking trips to their Instagrams, delighting the fans. Philip wrote, “Had a lovely day visiting the famous [Bride’s Pool] Waterfall in Plover Cove Country Park with Brendan’s Grandad and Grandma. The first photo is the pick of the lot, a beautiful double nature effect – a rainbow over our head from the waterfall, and the [sun’s] rays shooting down from above. We got lucky.”

Myolie said, “Beautiful day for nature with Brendan. He did so well with the hike, and as usual he was fascinated with all the insects, fish and anything else that moved!” Myolie also included a photo of Philip holding Brendan’s hand as they hiked downhill. 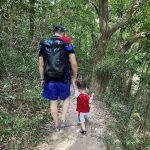 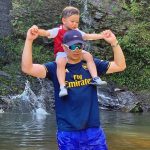 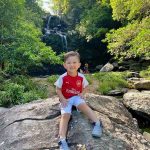 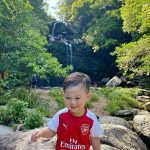 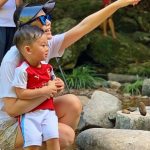 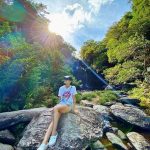