Myolie Wu Is Happy, Confident, and Over 40 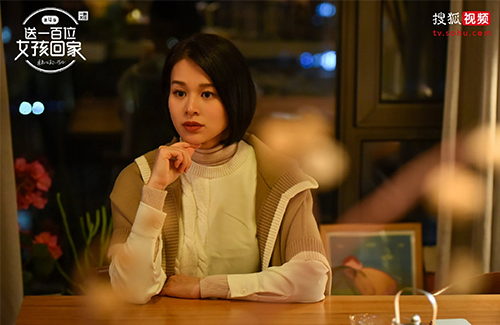 Life has never been better for Myolie Wu (胡杏兒), who is now in her early 40s. The former TVB actress doesn’t fear age—she fears time.

“Especially after having kids,” said the 41-year-old. “You’ll start to realize that every day is spent the same way, and that’s when you realize how fast time flies by.”

Myolie Wu, who won Best Performer on the second season of the Chinese competition Everybody Stand By <演員請就位>, is also not afraid of losing popularity or relevance. Happily married with a third child on the way, Myolie said her family is her biggest strength. “We all want to pursue something in life,” she said. “But in the end, all we want is love. Having that can really support the entirety of you.”

In 2015, Myolie married her non-celebrity boyfriend of one year, Philip Lee (李乘德). The couple are five years strong, and are parents to Brendan (born 2017), Ryan (born 2019), and upcoming baby number three. Having both family and career, Myolie has won in the game of life, it wasn’t an easy achievement to unlock.

When asked by interview Dingding Zhang (丁丁張) if she was happy, the interviewer was shocked by her answer. Some would cry, while others would say they don’t know, but Myolie gave a very thoughtful response. “If you asked me this ten years ago, I would definitely cry. I had a lot going on at the time. My performances weren’t getting a lot of approvals, and my relationship wasn’t what I thought it would be. I probably would’ve cried if you asked me that questions then, but I won’t today.”

Myolie didn’t drop the name, but there was no mistake that she was referring to her relationship with Bosco Wong (黃宗澤). They were in a relationship for seven years, and first started dating after their collaboration in 2005’s Wars of In-Laws <我的野蠻奶奶>. “Boscolie” went on to become one of TVB’s most popular couples, although they never admitted to dating. In 2011, when Myolie won Best Actress for her role in Curse of the Royal Harem <萬凰之王>, they finally confirmed their relationship. However, in the following year, the couple announced their peaceful split.

9 comments to Myolie Wu Is Happy, Confident, and Over 40