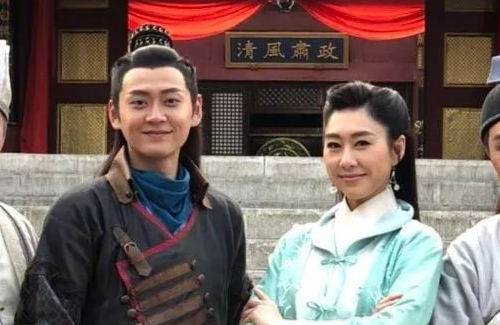 Nancy Wu’s (胡定欣) love life has been at a standstill since breaking up with musician Terry Chan (陳明道) in 2016. When a tipper dropped that Nancy could be dating fellow TVB actor Owen Cheung (張振朗), the tabloids had a field day.

According to the tipper, 36-year-old Nancy and 31-year-old Owen have grown very close over the last few months. The duo are costars in the upcoming TVB drama Justice Pao: The First Year <包青天再起風雲>, which is also their very first collaboration. During their two-month location shooting in Mainland China, witnesses said they saw Nancy and Owen often meeting up after work. After returning to Hong Kong, Nancy and Owen were seen watching Pal Sinn’s (單立文) concert together. Owen also went alone to watch Nancy’s play Fortuitousness: Xu Zhimo <偶遇．徐志摩>.

The onscreen duo have since denied dating. Nancy expressed shock upon hearing the rumor, and said, “That’s hilarious, [but] he is a good guy. (But has Owen been pursuing you?) No! Seriously! (Will you reveal your real boyfriend to clarify the rumors?) Even if I have someone, you need time to get to know each other.” Busy with work, Nancy added that she hasn’t had the time to settle down.

As for the rumor that Nancy had surprised Owen with a birthday cake last week, Owen clarified, “It’s a pretty funny [rumor]. The cake was a surprise from family, and not from Nancy Wu. Also, the person who was watching Pal Gor’s concert with me was Brian Tse (謝東閔).