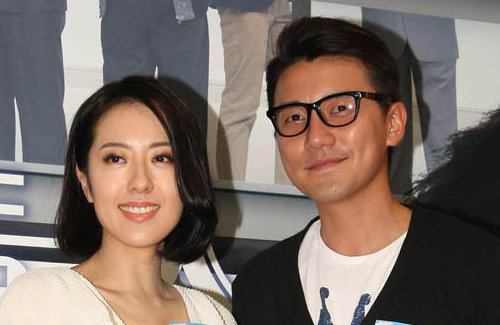 After Tony Hung (洪永城) declared his interest in pursuing Natalie Tong (唐詩詠), the couple has allegedly been officially dating for two months.

Tony and Natalie have been rumored to be an item since last year, when their drama Rear Mirror <載得有情人> aired on TVB. A source close to the couple said that Tony already liked Natalie before their collaboration in Rear Mirror, but he was afraid to approach her at the time because she was still in an on-and-off relationship with former boyfriend Amigo Choi (崔建邦).

Tony did not begin to seriously pursue Natalie until after July 2014, when they began promoting for Rear Mirror. The source said that their time spent together during the promotions made them closer.

Natalie took six long months to consider dating Tony. Natalie was not ready to start a new relationship so soon, and although she heard many good things about Tony, she was also weary about Tony’s smooth tongue. Nonetheless, Tony was patient and gave Natalie enough time and space to think.

Over the past few months, the paparazzi spotted Tony and Natalie on several dates. In late February, the night before Tony left for India to film his travel program, Natalie stopped by his home for dinner. When confronted, the couple maintained their quiet stance and refused to respond directly to any questions.

On March 17, Natalie met with Tony secretly after work. They spent over two hours eating sushi. Afterward, they met with a friend and slowly walked back to the parking lot to pick up Tony’s car.

Asked if Natalie would ever confirm her new relationship, she said, “You’ll know when I get married!”