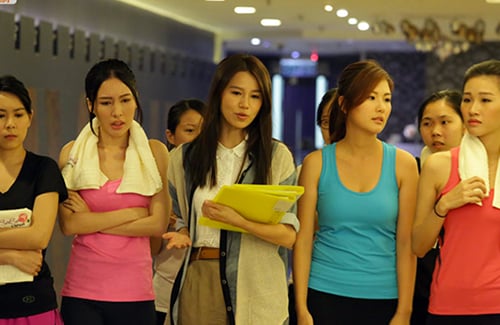 The spin-off, which consists of occasional cameo appearances by the Ma family, centers around the relationships of the employees working in a fitness facility and a dried seafood store. The series, though debuted to satisfying ratings, received mixed critical reviews. Netizens, in particular, felt that the characters in the sitcom were too detached and the story lacked that feeling of “home”, a concept successfully executed in its predecessor.

So far, Come Home Love 2 focuses on the stories of two families—one led by Louis Cheung (張繼聰) and Priscilla Wong (黃翠如), and another led by Evergreen Mak (麥長青) and Owen Cheung (張振朗). Unlike the original Come Home Love, in which all the characters had some relation with each other, the netizens feel that the characters in the new sitcom do not seem to be related in any way.

Netizens also expressed their disappointment at Come Home Love 2 for putting more emphasis on romance than familial love, which was the main theme of the original series.

One netizen wrote, “I just want to watch the Ma family being happy.” Another said, “The old Come Home Love at least had a balance between family and romance. The new Come Home Love is at 9:1. I feel like the only love line is between Priscilla and Louis.” One expressed, “They changed the season and the characters. They should change the name too—Come Yoga Love <愛瑜伽>.”