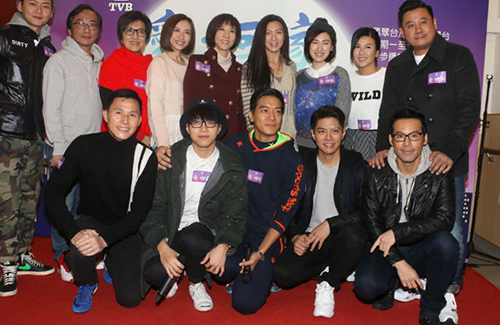 The original cast of the TVB sitcom Come Home Love <愛．回家> will return for the final episodes of the series, which will end its four-year broadcast run next summer.

Come Home Love made its Hong Kong broadcast debut in May 2012 and quickly became a ratings success, extending from 180 episodes to 804 episodes. In July 2015, TVB continued the series with a spin-off story, featuring a brand new cast and production team. However, the spin-off failed to generate the same rating success and popularity as its predecessor.

Attending a promotional event for Come Home Love, actor Lai Lok-yi (黎諾懿), who portrayed “John Ma” in the original series, announced that the old cast members will be returning for the final episodes of Come Home Love next year.

“The Ma family will make a comeback,” Lok-yi said, also confirming that old cast members such as Lau Dan (劉丹), Tsui Wing (徐榮), Yvonne Lam (林漪娸), and Florence Kwok (郭少芸) will be returning to the series before it ends for good next summer. “It has really come to an end. Everyone, including the Ma family and the law firm will come back together for a happy ending.”

Lok-yi is unsure how many episodes Come Home Love will end with, but he believes that the number will reach over 1,000. “Over 900 episodes were filmed already,” he said.

Asking if TVB’s purpose to call back the old cast members was to save ratings, Lok-yi said, “I don’t think so. Let’s see if ratings will really increase after the Ma family returns. We’re all coming back so the series can end happily in a lively way.”