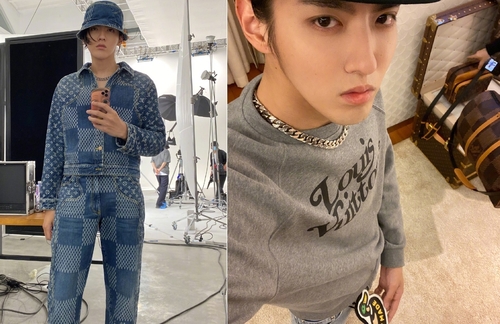 Although fashion icon Kris Wu (吴亦凡) is loved by many brands and a Louis Vuitton ambassador as of 2018, he’s proved that he needs more than just a tall stature and lean figure to rock some outfits. Today, Kris posted photos of himself in several spanking new outfits from the just-launched Louis Vuitton x Nigo collaboration collection, LV², and many fans disapproved of the looks. 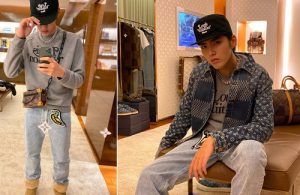 One of the ensembles Kris wore was the matching set of Giant Damier Waves Monogram denim jacket, pants, sun hat, and shoes. Another get-up he put together consisted of a fur jacket worn over a grey crewneck sweater, coupled with a pair of jeans, a silver chain necklace, black cap, and furry shoes. The singer-actor also switched out the fur jacket for the Giant Damier Waves Monogram denim jacket in another picture, but netizens were not a fan of the guises.

Internet users commented, “I thought this trend was from five years ago,” “I would’ve thought that he got his products from Taobao,” and “Why is this construction worker posing like this?”

The Birth of LV²

The LV² collaboration was announced in March by the artistic director of Louis Vuitton’s men’s wear collection, Virgil Abloh, and Nigo, the creator of the Japanese brand Human Made. The pieces from the collection, which include denim apparel, travel bags, and shoes, feature both Louis Vuitton’s staple Damier check and LV monogram. The Human Made brand was referenced via the Mount Fuji illustrations and the words “LV Made” printed on the back of the apparel. 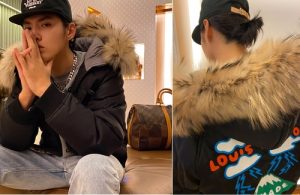 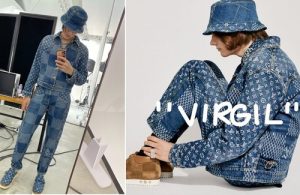