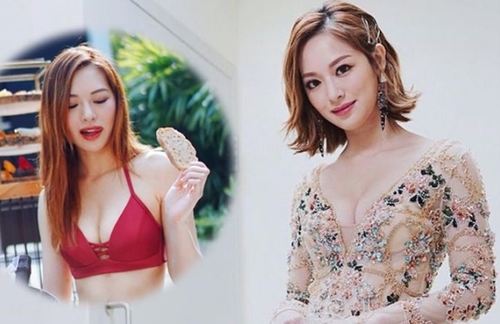 Late last year, Crystal Fung (馮盈盈) announced she and her doctor boyfriend Martin Chung (鍾文浩) broke up after testing out marriage life by cohabitating. Although they were photographed dining together on Valentine’s Day, Crystal stressed that it was the first time they saw each other in two months following the split. Failing to rekindle their relationship, Crystal’s career is also facing obstacles.

Since the anti-extradition bill protest, a netizen launched a boycott on TVB and its artists. As a result, brands have been withdrawing ads from TVB, and some people noticed that many TVB advertisements are promotions for its own programs recently.

Though Raymond Cho (曹永廉) was cut off by brands earlier, the younger generation of artists seems to be the latest target. Recently, netizens called for a beauty company to remove their ad featuring Crystal. The brand expressed on Facebook that they heard the greater public’s feedback and withdrew Crystal’s advertisement. They promised they would handle publicity and promotional matters carefully in the future.

The netizen who started the attack on Crystal said, “In fact, I like you, but I just don’t like TVB.”

Other netizens flooded her Facebook page urging her to leave TVB and jump ship to ViuTV.