Instagram’s own crackdown on fake followers is making progress, but some fake accounts have managed to slip through the cracks. Recently, Plurk’s co-creator Alvin Woon dropped a new website (HotInfluencer) that tracks the followers demographic of many popular IG stars, particularly artists from Hong Kong.

According to the website, HotInfluencer is a website that “tracks daily engagement rate, fake followers and followers demographic of Instagram influences.” The website describes fake followers as “followers with behaviors that fit a certain set of criteria of being ran by non-human  bots,” including consistent posting schedules, the lack of a profile photos, auto-likes based on tags, auto-likes within seconds of the parent post, and a predictable follow and unfollow pattern. 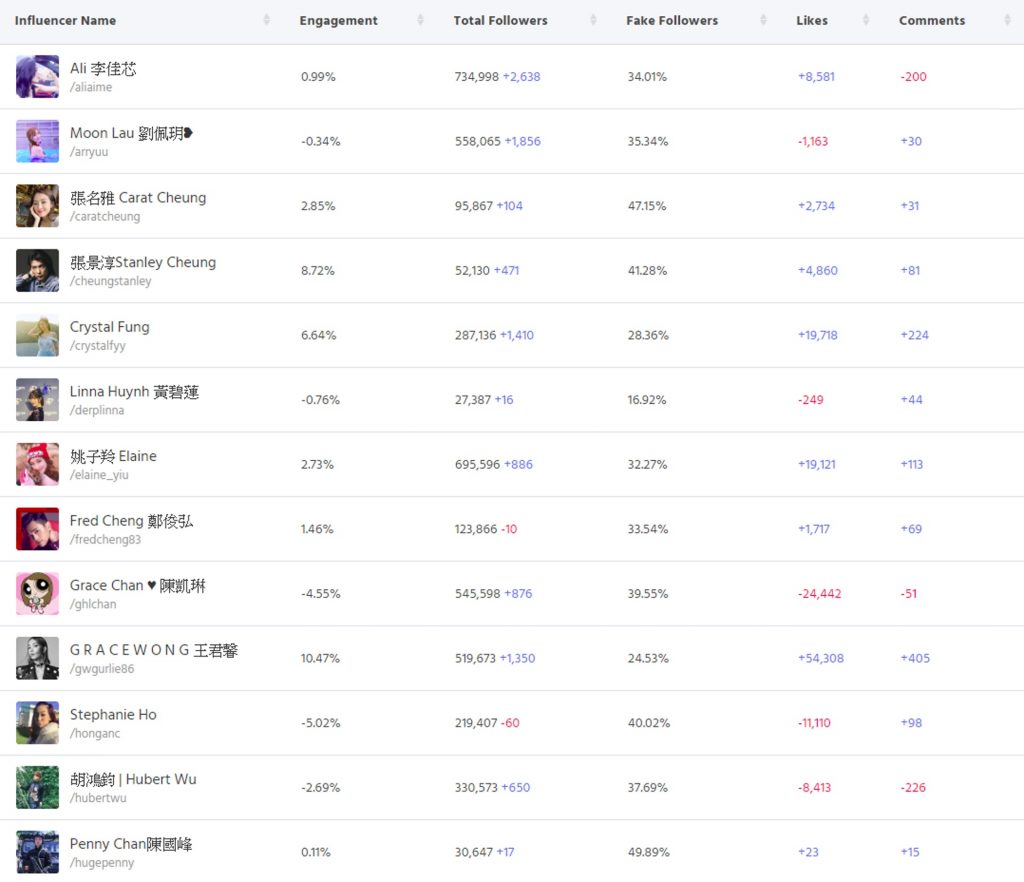 Non-TVB stars such as Angelababy, with a following of 6 million, has around 23 percent. G.E.M. (鄧紫棋), at 4.4 million followers, also has 23 percent. K-Pop stars like EXO’s Chanyeol, EXO’s Sehun, and Big Bang’s G-Dragon have 20 percent or less.

A lot of these “fake followers” aren’t necessarily bought by the influencer, although there is definitely that possibility. Sometimes, fakes accounts are purchased by fans, or they are random spam accounts hoping to sell products.