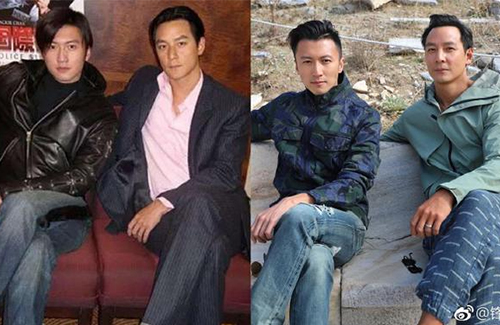 On October 15, Nicholas Tse (謝霆鋒) updated his Weibo with a picture he recently took with Daniel Wu (吳彥祖)—and another one they took over 20 years ago.

The two actors met over 20 years ago on the set of Young and Dangerous: The Prequel <新古惑仔之少年激鬥篇>. Kickstarting a new generation of young Hong Kong idol actors, Nicholas and Daniel were as close as they were competitors. 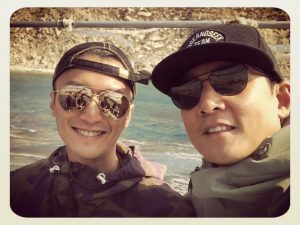 Daniel also reminisced their 20 year friendship on his own social media. He shared another recent picture he took with Nicholas and wrote, “It’s been a wild three days here in Greece. I came because of this guy, Nicholas Tse, to be a guest on his cooking/travel show. We first met each other on my second movie, Young and Dangerous: The Prequel. At the time we were just kids. He was 17 and I was 23. We later went on to work together again on Gen-X Cops and then again with New Police Story a few years later. 21 years after our first meeting, we were reunited here in Greece to not only talk about food and architecture but also about how we have each evolved from boys to men. What a nice way to integrate our life stories into our work. Don’t you think it’s time we make Another Gen-X Cops?”

It was great blast from the past for many netizens. One commented, “You guys haven’t changed at all!” Another said, “It’s true that male gods never age!”