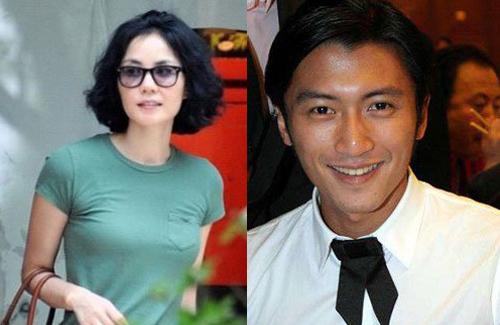 Although Nicholas Tse (謝霆鋒) spent the first half of his 36th birthday working, he was caught meeting up with girlfriend Faye Wong (王菲) afterward.

While filming in Beijing for a new episode of Chef Nic <十二道鋒味> on August 29, Emperor Group’s Chairman Albert Yeung (楊受成) was the first to surprise Nicholas with a large bouquet of flowers, wishing him the best on this special day.

However, Nicholas’ highlight of the day was meeting up with Faye, who was also in Beijing during this time. After wrapping up filming, Nicholas was seen leaving the studios in a hurry to see Faye at their shared home.

Faye may have spent the rest of the evening cutting cake with Nicholas, but her ex-husband, Li Yapeng (李亞鵬), and daughter were seen attending a fundraising event for his charity, Smile Angel Foundation. When Faye’s absence was noted, many fans went as far as to comment on Faye’s behavior, labeling her as uncompassionate, and criticizing that she was not a very competent mother.