Nominated for TV King 15 Times, Will Joe Ma Finally Win with “Life on the Line”? 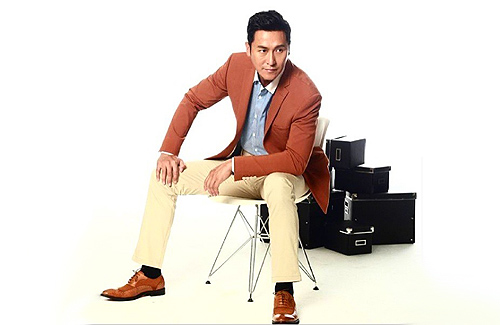 Nominated as Best Male Actor for 15 times across his 30-year career at TVB, it appears Joe Ma (馬德鐘) may finally be able to seize the trophy this year. He is a currently a hot favorite to win Best Actor at the 2018 TVB Anniversary Awards for his role as the righteous paramedics team leader in the highest rated drama of 2018, Life on the Line <跳躍生命線>.

Renowned for playing uniform roles, this isn’t Joe’s first time in portraying good moral characters. Many of his roles have left a deep impression on audiences, including his pilot role in Triumph in the Skies <衝上雲霄> and the Special Duty Unit leader role in Tiger Cubs <飛虎>. This is his first time portraying as a paramedic and had never thought that his character in the drama would place him as a potential candidate for the award. “While filming this drama, I’ve never thought it’ll bring me an award. I just hoped that the audience will remember my efforts and contributions all these years. I’ll be happy with that.”

Joe used to smile while saying that he doesn’t have fate with the award, though he still hopes for a breakthrough. With his character being so well-received, it is likely it’ll be his breakthrough role in that it gains him an award. He expressed it isn’t easy to become TVB Best Actor, and possessing a nomination is already proof of one’s capability. As always with every award, he’ll let fate decide the outcome.

The 50-year-old also shares that portraying this role enabled him to better understand the life of a paramedic. Unlike the usual themes of action, crimes and investigations in dramas involving disciplinary uniform roles, Life on the Line focuses on life, aging, sickness, and death–the inescapable realities of life. “Life and death will continuously surround us. I really liked the sentimental and insightful monologues at the end of each episode. It makes you reflect, think and imagine yourself being in the same situation. I felt like I experienced my character’s whole lifetime. I would reflect and remind myself after each filming to cherish the people around me.”

3 comments to Nominated for TV King 15 Times, Will Joe Ma Finally Win with “Life on the Line”?